4 Reasons You Should Study Your Family History

Knowledge brings understanding. Learning more about the stories behind ancestor facts softens our hearts. Names from the past become alive and real, with insights and lessons to teach the current generation.

One young woman struggled with pressure from her mother to succeed, while never feeling good enough. As she studied her family history, she gained insight into the cycle of motherhood passed down in her family. A great-grandmother had been abused in an orphanage, and so was too rough with her daughter, the young woman's grandmother. The young woman's grandmother knew not to repeat this cycle, so was careful not to continue the abuse but did not know how to nurture. The young woman's mother wanted to nurture more than her own mother had, and so had focused on being very involved to ensure success and opportunity for the young woman. Rather than being resentful, her heart was softened as she realized how each generation of mothers had the strength to improve upon what they had experienced themselves.

Hearts softened by understanding bring people together. Discovering the sacrifices and positive contributions different generations have made to improve life for their family develops greater unity. Instead of focusing on differences and contention, it becomes easier to focus on common ground and positive traits passed from one generation to the next.

There was a man who felt isolated from his father as if they were worlds apart. When he began learning the history of his family, he read stories of a great-grandfather who earned his way west fixing wagons. This great-grandfather taught his son along the way, who then opened a shop once the family settled. He learned how his grandfather then trained his father, who grew up with the first generation of cars and became a mechanic. The man realized that his own interest and career in engineering was not so different than the love his father had for engines. He came to understand his strengths as a gift passed down for generations, developing over time even as context shifted and technology changed. This gave him common ground to build an improved relationship with his father, and changed the way he interacted with his own son.

When a person unites with his or her own family through understanding, there is peace. This peace comes by relating through common ground, appreciating family heroes and uniting with one's own family. It develops a sense of belonging, which means there is less need for conflict and a greater focus on the people of the family.

A family with five children grew frustrated with the amount of bickering and fussing on weekends. They decided to do a family history project, and the children were surprised as each found an ancestor similar to them in personality or experiences. Stories passed down in journals and family books revealed common traits shared with the children. They were able to use these examples as models for using those strong traits in positive and productive ways. Discussing these experiences also helped them understand each other differently than they had before, bringing greater peace - even building new friendships amongst them.

Grandparents and great-grandparents sometimes feel far away in time, and it can be difficult to connect because of such varied experiences. The understanding that comes through family history work, along with the sense of belonging and peace it builds, leads to familiarity that gives generations a starting place. Bridging the gap across time, understanding the experiences of different generations increases love and appreciation of each other.

The Old Testament prophet Malachi (4:6) issues a challenge for all generations to unite in understanding and love. The profound impact of family history includes softened hearts, greater unity, increased peace and bridged generations. 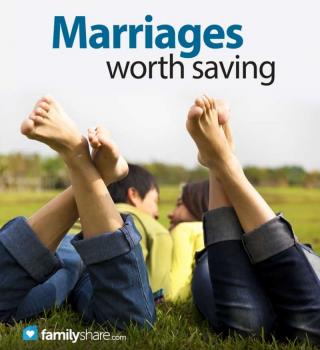