Bruce Feiler, an Author and New York Times Columnist, Has Four Ideas on How to Talk to Children About Telling Their Personal Stories.

That gift he got. He wasn't allowed to shoot it at first, so his father, right then on Christmas morning, took the gun from Rockwood's hand and fired a round into the tree, shattering a glass ornament.

It's a story that Rockwood often retells because it's one of his favorite memories he has with his father. As he said during the RootsTech Conference in Salt Lake City Thursday morning, this story instills a number of emotions in him, like happiness, joy, remembrance and even sadness, since his father has since passed away.

"It's family stories like this that get told over and over," he said. "These stories say something about us and our family values."

Those values only continue to be embraced with each story that is told, especially if parents take the time to retell stories with specific purposes and reasons, he said.

Another keynote speaker at the conference, Bruce Feiler, an author and New York Times columnist, had some specific ideas on what parents can do to help their children learn stories about their history.

Here are four ideas he gave during his keynote speech that'll help you with raising your child.

Feiler said families should create a mission statement as a way to set guidelines about who they want to be. He told a story about how his daughter got in trouble at school and had a meeting with the principal. When she came home, she spoke with Feiler and his wife, who were, at first, baffled about how to talk with their daughter about discipline.

But then Feiler's wife looked to the mission statement and asked the daughter if her actions violated any of the guidelines. She said they did, and immediately Feiler and his wife had an opportunity to teach their daughter a lesson.

Feiler said these mission statements allow parents and their children to stay on the same page and keep their family values intact.

Parents can also ask their children to "write a short poem" about their days or memories, too. This method allows children to share their memories in a creative space that will allow for greater storytelling and interaction, he said.

This can help children become more creative with their language, too. A 2014 study found that children who tell stories in different ways develop language skills better than those who don't.

Young people are using photos more than ever before to share their memories. So parents should only work to continue that tradition, Feiler said. This may require parents to take photos of their child's memories along the way so that they can reflect on them later in life.

Feiler isn't the only expert to recommend this. Researchers from the University of Waterloo in Ontario, Canada, found in 2013 that children have better language development when they read stories that have detailed pictures, The Telegraph reported.

"When reading the picture story, we would hear [mothers] say things such as, 'Where do you think the squirrel is going to go?' or 'We saw a squirrel this morning in the backyard,'" professor Daniela O'Neill told The Telegraph. "But we didn't hear this kind of complex talk as often with vocabulary books, where mentioning just the name of the animal, for example, was more common."

Family history was the biggest part of the RootsTech conference, and it was not lost on Feiler. Stories about other family members' triumphs and failures will help inspire children to either succeed or find confidence to do better, he said.

He said children will feel more confident to face life's difficulties when they know their parent or family member went through similar difficulties and persevered. The same goes for success. If they know a fellow family member succeeded at something, they will work to do the same, Feiler said.

Writer and author AJ Jacobs has long been advocating for telling family stories, too. He said family history offers a learning moment for children, mostly because they don't have to necessarily follow the path of a "less-than-stellar ancestor," CNN reported.

"When you're a kid, you think you're the most important, you're the only person out there, the world revolves around you, and this is just one way to show them no, you are part of this massive world. You are just one link in the chain," Jacobs said. 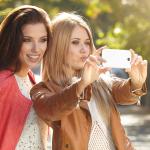 Why Women Have a Hard Time Meeting Friends,…