4 Surprising Facts About the Power of an Apology

Experience the Relief and Peace That Giving an Apology Can Bring. These 4 Facts Just Might Convince You That It Will Be Well Worth It.

By Gary and Joy Lundberg

It's true, we all make mistakes in this life. Sometimes those mistakes hurt the ones we care about most, even when we don't realize we've hurt them, and, in most cases, certainly didn't mean to. There may be times we wish we could take back an unkind statement that pierced the heart of a child, parent, spouse, sibling or friend. You may not be able to retract a hurtful comment, but there is something you can do that may help rectify and heal the hurt.

Apologize! It's not that complicated. Yes, it takes some humility and perhaps even courage, but the benefits outweigh any discomfort you may experience on the way to the apology.

Denise Cummins, Ph.D. said, "The majority of research indicates that apologies do indeed serve a useful - and objectively measurable - purpose. They convert a desire for revenge into willingness to forgive and forget." That alone is worth giving an apology.

Here are four facts about the power of apologizing.

1. It shows an inner strength

It shows you are in charge of your actions and are not intimidated by others who may need your apology. To not apologize when you've done something that hurt another person is to show weakness and a lack of courage. If, on the other hand, when an apology is being given to you by someone who hurt you, then accepting that apology without making that person grovel and beg for your forgiveness shows a greater measure of humanity. In both cases, the giving and accepting of an apology benefits both parties.

According to researcher Tyler Okimoto, "... On the way to adulthood, we learn that apologizing isn't groveling or debasing oneself. Instead, the reason we apologize is to make the person we intentionally or unintentionally harmed feel better, not to make ourselves feel better. An apology means 'I see you were harmed by my action, and that matters to me.'"

2. It's good for your heart

In more ways than one. Carrying the burden of a grudge can cause stress that may be damaging to your health. Part of giving and accepting an apology involves forgiving that other person. Dr. Joseph Neumann stated, "When I treated patients with cardiovascular disease, I was struck by how many were bitter, angry and depressed. It clearly affected their health and their ability to heal." Apologizing can free a person of angry feelings and bring about improved health and well-being.

3. It brings peace into relationships

Have you ever been to a family gathering where some member held a grudge against another? It's an uncomfortable feeling for everyone. It's the elephant in the room. It can damage the whole gathering. Life is too short to allow grudges to destroy families. If you have offended someone, recognize your part in it, take the blame and apologize. By doing so, you may become the family hero in restoring peace.

It's similar in other relationships. "Researchers have found that people who are wronged in a business transaction may be more likely to say they would reconcile if the offender offers a sincere apology - particularly if the offender takes personal blame for the misdeed." Offer the hand of fellowship and give a heartfelt apology.

4. It makes you more careful in how you treat others

Acknowledging the difficulties that existed before the apology can help you be more aware of how easily others can be hurt by thoughtless actions or words. It puts you on the alert to do all in your power to avoid hurting others. We cannot control how others will react to what is happening, but we can certainly work at keeping bitterness out of our own lives. Offering an apology can help make that happen.

Being willing to apologize is a valuable trait to have. You may be surprised to see how much peace it can bring into your life. It helps to remember that it's not our job to judge. That belongs to God. Our job is to forgive and to ask for forgiveness. 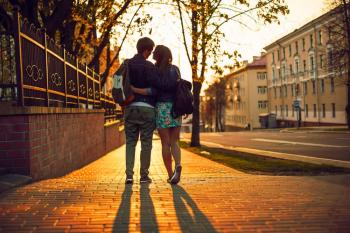 8 Ways to Connect With Your Spouse When…