4-year-old plays with the emergency exit of a moving bus; the horrific tragedy that follows could happen to your kids

Ryan Ciampoli was driving through Harrison, Arkansas when he witnessed something absolutely horrifying.

"My heart sank," Ciampoli said. "That's the first time I've ever seen it in my life, in person. It didn't look real. I had to do a double-take."

What exactly did he see? 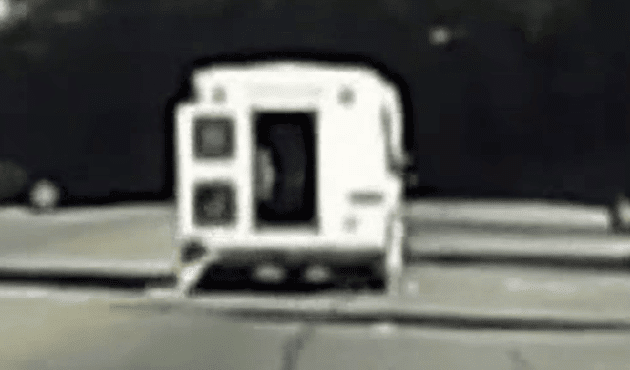 Ciampoli watched as the back door emergency exit of the bus driving in front of him opened. A little girl appeared, gripping the handle as the door swung her out of the bus. In a gut-wrenching moment, the dangling girl let go of the handle and plummeted down onto the street head first. As the bus sped ahead, she bounced and rolled, finally coming to a stop lying facedown.

The whole thing was captured via the dash cam of Ciampoli's car.

Luckily, Ciampoli was driving far enough behind the bus to have time to hit the brakes before his car reached the little girl. As a certified EMT, Ciampoli knew exactly how to handle the situation.

Four-year-old Emily Rose Turner was alive, but in critical condition. 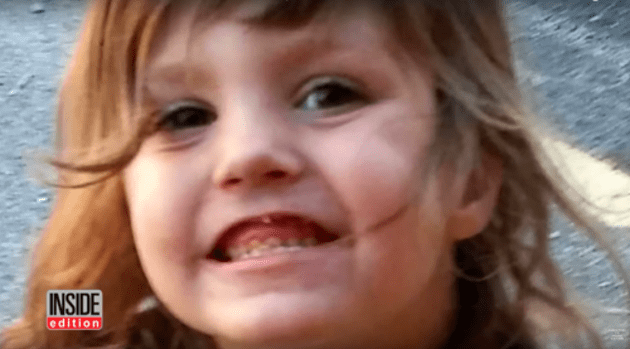 As he quickly approached Emily, Ciampoli assessed her injuries. He said she had a deep chin laceration, broken teeth pointing the wrong direction and bashed up lips from landing directly on her face. 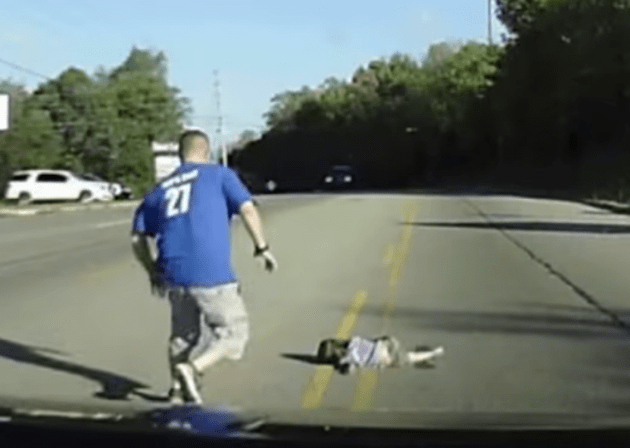 Emergency responders were on their way, but Ciampoli decided to move the little girl out of the street while waiting for them to arrive. Many people later accused him for this action, as moving an injured victim is usually a big medical emergency mistake. 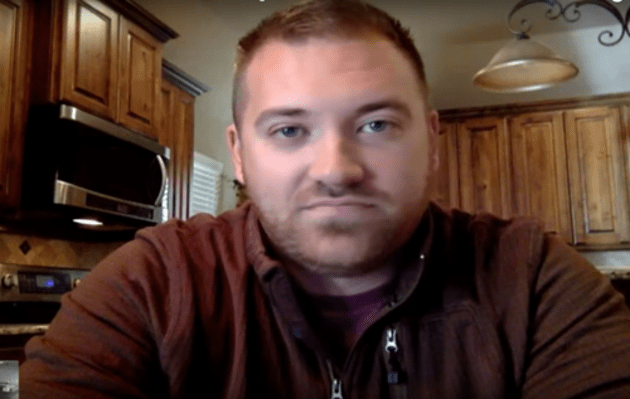 "I'm a licensed EMT, I do know all that, but there is one time out of a hundred where it is OK to move the patient," Ciampoli said. "And that's one of the times - when they're in clear danger. She's laying in the middle of the busy highway where cars could come up and hit us, hit her, kill us both."

Emily was unconscious at first, but as Ciampoli picked her up and talked to her, she came around enough to ask, "where is my mommy?"

Soon, a medical team arrived and took Emily to a nearby hospital for treatment and recovery. She was then transferred to a trauma center after medical professionals realized she had sustained a badly broken jaw and required immediate surgery.

Emily's family lawyer issued a statement on behalf of the girl's parents shortly after the incident:

"The family wishes to thank everyone for their thoughts and prayers. The child remains in medical treatment and an investigation is underway. The family requests privacy at this time."

Emily was one of several children riding on a small passenger bus used by a local church. Tim Hamptom, pastor of the church, was the driver and the only adult on the bus. In the police report, Hamptom said the kids on the bus were yelling at him to stop when they saw the girl fell out. He immediately pulled over, then drove back to the scene of the accident and waited for the police to arrive.

Paul Woodruff, chief of the Harrison Police Department, said, "the driver of the bus will not face any charges as this was just a tragic accident."

Inside Edition examined the layout of a similar bus, especially the back door emergency exit, and found that the emergency latch is very low to the ground. It also appeared to take little effort to open. 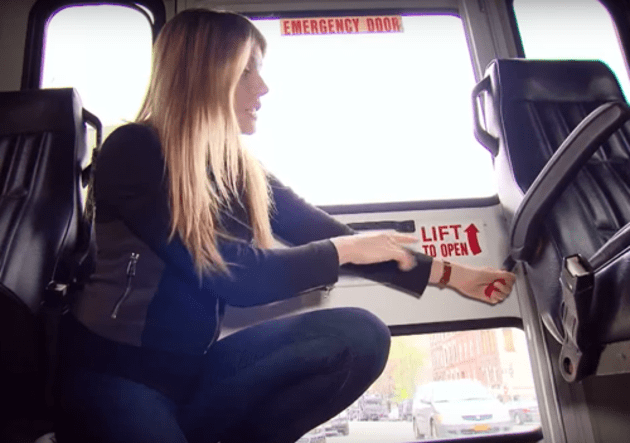 Make sure to keep your little ones safe by watching them carefully around easily accessible emergency exits, and don't forget to teach them about emergency exit safety. Also, knowing basic emergency techniques (like EMT Ciampoli) can make all the difference. You never know when your help could save a life. 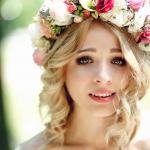 You Need to Ask Yourself These 13 Questions…