A Hard Fact That Parents Face is the Realization That Their Children Are Going to Lie. Honesty is Very Important to Most People, and the First Time a Child Comes Up With a "Real Whopper," It Can Take a Parent by Surprise.

A hard fact that parents face is the realization that their children are going to lie. Honesty is very important to most people, and the first time a child comes up with a "real whopper," it can take a parent by surprise. Dishonest behavior can really take off in the school years, and while it is nearly impossible to prevent and expect every child to be honest 100% of the time, there are things you can do to understand why they are lying and what you can do to stop the problem.

5 reasons your school-aged child may tell you a lie

This is one of the most common reasons for childhood dishonesty. They simply do not want to disappoint an adult (usually their parents) or they are trying to avoid a punishment or consequence.

A child may be lying to avoid dealing with a painful situation, feelings, or memories. This may surface when a family member or pet dies suddenly, and a child refuses to believe that they are gone, and insists that they are simply away, etc.

A child may follow the example of those around them. (Never lie, you say? Perhaps you might need to take a peek at the weight on your driver's license.)

Human beings are motivated by wanting to receive awards, and your child may lie to get some sort of reward.

This is an instance that becomes a downward spiral. If a child is frequently called a "liar," or if the actions of others show that the child is not believed, then the child may just begin to lie in order to "be believed."

Teach, model and discuss the value of honesty with your child

Make sure your child knows that honesty is a character trait you find important. Always use the same expectation of honesty for yourself as that which you expect of your child. Demanding total and complete honesty from your child when they hear you frequently bend the truth will simply cause your child to lose respect for you and encourage their dishonest behavior.

Allow your child to plead the 5th

Everyone faces a temptation to lie when cornered (remember the deadline that you missed last week). If the evidence is clear as to who broke the cookie jar, don't demand a full confession. Deal with the situation at hand. If you are unsure as to what happened, a calm discussion will work far better than bringing out the hard stool and bright lights to "inspire" a confession.

Talk about moral behaviors often, and as a family

When you see examples (public and in the family) of honesty (or dishonesty), point them out to your children. Discuss options to behaviors and acknowledge the very human condition that tempts dishonesty. Praise honesty of public figures and family members and give your child role models to admire for their character (beginning with his or her parents). 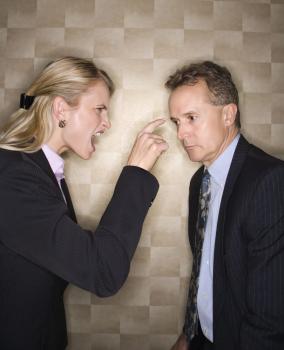 Warning: Doesn't Play Well With Others. How to…