5 fun games for a family reunion

In charge of your next family reunion? Reunions can be enjoyable, loud, exhausting, and memorable all at the same time. Having a variety of games at the ready will allow for an element of flexibility that will make this one the best get-together yet.

No matter the size of your family or how much you prepare, the kinds of games you play are what make your reunion a success. The key to great family reunion games is to have a variety at the ready. It's vital to have a mix of short and long, getting-to-know-you and standardized classics, as well as physically active and quiet games for when everyone is worn out.

Without telling your relatives why, pass along a roll of toilet paper, instructing them to tear off a piece of any length they choose. Then, go around the room, having everyone tell one thing about themselves for every square of toilet paper they have.

Purchase enough candy bars for each relative to have one, but remember: you cannot have more than one of each kind. Gather everyone in a circle and pass out one brown lunch paper bag to each player. Set a timer for the game; 30 minutes might be good to start with. Then, place all of the candy bars in a pile in the middle and have each player take turns rolling two dice. If they roll a five, a 10, or doubles, they either get to choose a candy bar from the pile and place it in their bag, or ask someone else for their candy bar. If they roll any other number, their turn is over. If they ask another player for their candy bar, they have to remember exactly which bar that person has in their bag. If they ask for the wrong variety, they get nothing and have lost their turn. After several times around, the pile of candy bars will be gone, and when a player rolls a five, a 10, or doubles, they can only ask other players for their candy bars. There may eventually be players with several candy bars and some without any. However, when the timer beeps, the candy bars are distributed so that everyone ends up with only one.

Blow up a medium-to-large-sized beach ball and, using a marker, write as many open-ended, getting-to-know-you questions on the ball as will fit, such as "What was your first job?" "What is your favorite dessert?" and "What was the name of your first pet?" Ask the players to stand in a large circle and toss the ball amongst the players, trying not to let it touch the ground. As you play, try to get a pre-determined number of touches before the ball falls to the ground, perhaps anywhere between three and 10, depending on the age of the players. Once you reach the desired number of touches, the very next person to touch the ball will catch it. Holding the ball, they must answer whichever question their right hand is closest to.

Set up a table with slips of paper, pens, an empty bowl, and several random objects labeled with questions. For instance, have your relatives try to guess the weight of a spaghetti squash, the number of words in a newspaper, the number of polka-dots on a yard of fabric, the number of seeds in a small watermelon, the number of ounces in a container of water, and the length of a section of yarn rolled up in a ball. This game works well at family reunions because it can be played individually and on one's own timeframe.

Cut sheets of printer paper or cardstock in half; you'll need at least 10 half sheets of paper per person. Write in big letters a variety of nouns that relatives could say they either like or dislike. Make sure to include a wide range of objects that appeal to various ages: foods, sports, historical figures, school subjects, activities, TV shows, hobbies, cities, celebrities, etc. Some examples may include: rock climbing, Chinese food, jigsaw puzzles, brownies, The Price is Right, basketball, Disneyland, the color red, Paris, and bargain shopping. You are going to have to come up with a lot of different things, so have fun!

At the reunion, have everyone gather in a circle. With the half-sheet playing cards shuffled, pass them out so that each player has five, leaving a portion of the cards as a draw pile. Everyone must keep their playing cards secret. Using a chalkboard to keep score, pick someone to be "it." The five people nearest this person in the circle will be playing for points. The five players consider the likes and dislikes of who is "it" and pick something from their stack of five cards that they think this person might like the best. On the count of three, the five players hold up their cards and the person who is "it" ranks each card from most favorite to least favorite. The player holding up the most favorite card gets five points, the player holding up the second most favorite card gets four points, and so on. Tally up the points using the chalkboard. All five cards are then placed in a discard pile. Then, the next round begins. The person next to the person who was "it" and the five people after him or her are the next players. Depending on the number of attendees and how long you want the game to go, you could have each person get to be "it" one or more times. Regardless of how many rounds you play, each player needs to keep five cards in their hand at all times, using the draw pile after they've held up a card. The player with the most points at the end is the winner.

Family reunions can be enjoyable, loud, exhausting, and memorable all at the same time. Having a variety of games available will allow for an element of flexibility that is crucial to making it the best reunion yet.

An Idaho native, Deborah Goodman is an editor, writer, and mother of four now residing in Springville, Utah.
nextarticle 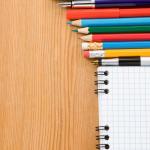 School Shopping on a Budget