5 reasons having your second baby can be a huge shock

Becoming a Mom For the Second Time Should Be Easy, Right? You Know What to Expect and How to Take Care of a Newborn. or Do You? Here's Why Having Your Second Baby Can Come as a Big Shock.

The transition to motherhood can be a challenge. Your first baby comes with more responsibility than you've ever known, along with more restrictions, less sleep and less social life than you ever imagined. It's tough, but you adapt. A few years down the line, with a second baby on the way, you think you've got this. You know how to be a mom now. That's why your second baby can be such a shock. Here are some of the reasons why:

1. He will be totally different

A mom of six once said to me: "I sometimes wonder how many children I'd have to have had to get two the same." Children are all different, and we know that instinctively. But we still assume there'll be plenty of similarities between our kids. It's likely there won't be.

Your second baby might arrive three weeks early, though your first was ten days late. He could wake six times a night, even though your firstborn only got up once or twice a night. Your second child might show an independent nature from his very early days, even if baby number one was a real momma's boy.

Differences become more pronounced as they get older, and you'll soon realize that what works for one (in terms of discipline, motivation, routine, and everything else) simply won't work for another. At this stage you might have a little identity crisis as a parent, as you're forced to admit that at least some of how your child develops is 100% him and not down to your parenting at all.

2. You've forgotten more than you realize

Even if there's a fairly small gap between your kids, you may be surprised at how much you've forgotten about caring for a newborn as you've moved on to the toddler or pre-school years. If there's a bigger gap, you'll find it even stranger.

Your newborn will likely feel ridiculously tiny and fragile when you're used to dealing with a rambunctious toddler or sturdy 4 year old. You may have forgotten what a basket case you become on very little sleep, or how restrictive it feels to have to take a nursing infant everywhere you go.

3. Two kids can be more than double the work

Double the child count and you double the work, right? Except that some new moms feel like their work has tripled instead. As one parent, speaking to the Berkley Parent's Network, put it:

"When people said the second more than doubles your work, they couldn't explain it, but it's absolutely true. Each child wants and needs you individually and you are also needed when they are together. You are always being tugged."

You now have to manage not just your baby and your older child, but also the relationship between them. Your older child needs to learn to be a good sibling, and will usually need more attention, to reassure him at a time of great change, just as your attention is pulled in the direction of the new baby. Things that seemed easy with your first child will seem much harder when you have to do them while also keeping an eye on his active older sibling.

4. You can't expect the same level of help

It's not necessarily fair, but many moms find that less help is forthcoming from friends and family when their second child is born. People assume that you and your husband have got this. You're old hands. You don't need the same support you did the first time around. This may be true in many ways, but there are times when practical help is needed even more with two kids, and you may find you have less people 'on call' than you did when you were a first-time mom.

5. Your older child may not react the way you expect

No matter how well you've prepared your older child for taking on the role of a big brother or sister, you may be surprised by their reaction. It's normal for your firstborn to show jealousy, anxiety and even regression to an earlier developmental phase.

According to an article on Parents.com, it's not unusual for older children "to want to nurse again if they've been weaned, or to drink from a bottle when they've been happily using a sippy cup for months."

This makes sense in many ways. It can be scary to have to grow up and be the big sister or brother, especially when the baby is getting all the attention. As with anything, the best way to deal with the shock of your second child is to be prepared. Accept that you're starting over, and that this is a whole new adventure.

Expanding your family brings new challenges as well as excitement. Prepare your firstborn as well as you can, check that family and friends know you still appreciate their help, and be prepared to adapt and roll with the punches. Becoming a mom of two (or more) is a whole new life stage, and ultimately, along with the shocks, there will be many amazing surprises. 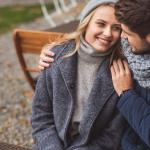 5 Ways to Get Your Husband's Eyes Away…