For years I worked with survivors of domestic abuse or intimate partner violence. I was the primary responder, crisis worker and supervisor of our county's domestic sexual assault response team. I stopped counting after I had responded to the homes of over 450 victims of intimate partner abuse at the time of their assault. Every story was different and every survivor amazed me. After listening to women tell their true stories, I want to share the signs that someone may be in an abusive relationship.

The term victim fails to give survivors credit for their strengths. Survivors of abuse are often very capable, strong, smart and usually women. According to the Care, an international organization, 1 in 4 women will be victims, and intimate partner violence kills and disables as many women ages 15 to 44, as cancer, malaria, traffic accidents and war combined. But, make no mistake; men can be victims of intimate partner violence as well.

For the purposes of this article I will use female pronouns for the victim, and male for the perpetrator.

But first, I want to tell you what it is not. Abuse is not a low income problem. Survivors of abuse come from all walks of life, high or low income, all religious and ethnic backgrounds. Abuse is caused by perpetrators who typically have low self-esteem, a tremendous fear of abandonment and attach themselves to strong women that we mistakenly call victims.

Here are 5 signs of domestic abuse

1. An imbalance of power and control

Abusers often feel sure the victim is going to leave them or have an affair. There is usually nothing the victim can do - no matter how hard they try - to convince the perpetrator that they are faithful. Relationships include quick involvement and pressure to quickly commit to the relationship. He will begin monitoring when she comes and goes and who she talks to. At first, he may claim that he is worried about the victim. She may be flattered by the attention, but later it can escalate and become suffocating.

He will check her cell phone and computer. Perpetrators have purchased key stroke programs to monitor computer use, so that they know every stroke made on a family computer or lap top. Cell phones can be programed to become listening devices or used to track victim's locations.

Victims will get called repeatedly and often as the perpetrator checks up on them. If you have a friend who is a victim, their fear of being late to return home may seem out of proportion or abnormal. This is a sign that they may be in real danger if they do not return on time.

Abusers are jealous of anyone or anything that has a victim's attention including their own children. It is flattering at first, but becomes an excuse for physical abuse later. As the jealousy increases and time passes, victims begin changing their behavior in an effort to avoid the verbal or physical abuse. For example, they may stop spending time with friends he is jealous of or they may avoid wearing any clothing or make-up that might attract attention from the opposite sex. Eventually this feeds into the third sign, isolation. Victims become isolated to avoid incidents that cause arguments or abuse.

. Perpetrators are sure that victims are cheating on them or going to leave them. Manipulation is a key part of the power and control. Isolation allows a perpetrator to have more control. The victim may simply stop coming to family or social events. They may stop answering their phones. Perpetrators often sabotage work and social relationships. For example, if the victim gets a job, the perpetrator may call her at work repeatedly, disable her car or refuse to fix it. If his behavior causes her to lose her job it perpetuates the isolation.

He may manipulate her by stating that her friends are interfering or a bad influence. He may say her family is interfering. Perpetrators sometimes twist scriptures or life principles the victim believes in to convince her to cut ties and end relationships that he sees as threatening his control of the victim.

She may have unexplained bruises or injuries. Her explanations may lack credibility. For example she shows up at work repeatedly with bruises on her face and a story that doesn't match the injury. She says she walked into a door, but the injury is round and not consistent with the pattern the edge of a door would make. She wears long sleeves even when the weather is hot. She may not wear make-up or make eye contact. When she receives attention, it can set off a perpetrator. To keep the peace she wears no make-up, baggy clothes, and avoids attention. Often victim's homes are very clean. They are clean, because the abuser is controlling, and if it is not clean, someone is in trouble. Abusers often create excuses to abuse, even making a mess.

. Some abusers cycle. There is an abusive incident, followed by an apology or honeymoon period. The perpetrator may go to great lengths to make peace. Then, the pressure rises and the victim feels like she is walking on egg shells until the abuser explodes and abuses again. Then, the cycle has begun again - around and around. Some abusers do not cycle. They are extremely controlling and the victim never knows just what will set him off. To friends and families these relationships have romantic amazing moments. In private they are short lived and followed by abuse. Victims spend years waiting for the honeymoon to come again.

If these signs fit you or someone you know, you can go to Hot Peach Pages or an international list of women's programs. Please be very careful of what computer or phone you use. If you think that your computer use is monitored be sure and erase any history you can and use only public computers and phones for your own safety. Be safe be happy. 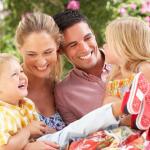