5 Steps to Stop the Bullying in Its Tracks

This Article Has Been Previously Published on Live Like You Are Rich. It Has Been Modified and Republished Here With Permission.

When I was in elementary I was struggling with some things. As a result, I bullied a girl who had life even worse off than I did. Both of her parents were ill so she lived with her grandma. And for some sad reason I targeted her.

After a while, I got called down to the principal's office. I was about 10 years old and when you are 10 and sitting in front of the principal for the first time it makes an impact. My knees were shaking, palms sweating, and I wondered why I was there.

In our meeting the principal did a few things right:

A- He calmly explained that I was really hurting another girl's feelings. He said this girl didn't have many friends and that she was often alone and sad because of what I was doing to her.

B- He informed me that he wouldn't call my parents if I never bullied her again (showing he was on my side and believed that I would change).

C- He challenged me to become her friend.

At the end of our conversation, I still resented the grandma. But because he did those other things so well I changed my heart. I approached the girl, made amends, started befriending her, and eventually we became the best of friends.

When I was entering Junior High, I heard an inspirational talk at church. It was about how someone went a whole entire year not speaking a bad word about anyone. Afterwards, I set a goal for myself that for the entire year of seventh grade, I would not say a single bad thing about anyone. It was tough, but I actually did it. Long story short, I made a ton of friends. I tried to make everyone a friend no matter who they were.

As a result of me being friends with most everyone, I was voted in to be the Student Body President for our ninth grade year.

Before ninth grade started, my dad sat me down and said, "When I was in high school I was unpopular. I often felt like no one noticed me until the most popular girl in school passed me one day and said, "Hi, Dan." The fact that she made an effort to say hi to me often and knew my name really meant a lot to me. I want you to reach out and befriend those that need friends and who others make fun of or ignore with your position as president."

That conversation was very meaningful to me. So at lunch I looked for and often found people who were sitting alone. I said hi to those passing me in the hall and stuck up for those being teased. I wasn't perfect but I tried my hardest to be an influence for good. About five years later I ran into one of my Junior High school teachers who said that I had been the best SBO President the school had seen. While that truly touched me, I wasn't doing any of it for recognition. I saw my father in those people who I was trying to lift up. I wanted them to know they were important, accepted, and noticed.

About halfway through the year a guy decided I wasn't cool enough to be in the popular group. He demeaned me, used profanity, and would call me horrible names when we passed each other in the hall.

After a while it became too much. I would come home from school and just cry. Or I'd stand in front of the mirror and practice telling him off.

Fortunately, I was friends with the wonderful school secretary. One day, I opened up and told her that I was being bullied.

Her reaction shocked me. "That is something we deal with all the time" she said. "All we do is an intervention." "An intervention?" I asked. "Sure" she said. She then relayed to me how they do an anonymous intervention with a bully and the victim.

I was in shock, "So he doesn't have to know it was me who told?"

Soon my bully and I were called to the principal's office. The principal made it very clear that multiple anonymous accounts had been relayed to him that this guy was bullying me. The Principal said that if it EVER happened again, parents would be called in, a suspension will be issued to him, and further bullying would result in an expulsion from school.

After we left his office not another name or snide remark was thrown my way. This guy even said hi to me when we were all in the same group. I was no longer crying in my room or practicing ways to tell him off in front of the mirror. Not being bullied anymore, I went back to enjoying life.

And there is the point. When someone is bullied, life cannot be fully enjoyed. The victims are always living in fear. In some extreme cases people even commit suicide. We NEED to do all we can to prevent this disgracefulness from happening. How?

between both the victim and the bully that is held by an authority figure. He/she should be nonthreatening but clear with the consequences. He/she should use the word anonymous or else the bully may retaliate.

2. Enlist the help of older siblings or neighbors

Unfortunately, there are ranks of popularity and influence in school. If you know someone who is very influential, ask them to stick up for the victim.

3. Teach your children the importance of reaching out

to those that are bullied. Ask them what they did today to make someone who is left out feel loved and accepted. As parents we need to be setting the example of kindness and encouraging our children to make a positive difference in the world.

Be their friends on Facebook and be following their Twitters, Instagrams and Snap Chats. Ask often to see their phones without warning so they can't erase their messages. Don't deny problems you discover, just deal with them.

5. Be home as often as possible

Bullying has been around for years but it has become even easier to engage in with the electronic advancements. Teach your children about bullying and the options available if they need them. Parents need to take a proactive and preventative approach to bullying. Our children need our love, example, discipline, and guidance. 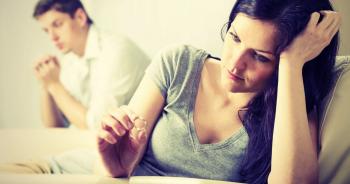 5 Things You Should Never Do in a…