New research suggests that dads who drink may cause problems for newborns. Here are some other things to be mindful of.

New York City made a move last week that requires bars and restaurants to serve pregnant women alcohol if it's something they desire.

This new ruling came from the city's Commission on Human Rights, which said that the preconceived notion that alcohol will affect newborns and pregnant mothers shouldn't affect the behaviors of public venues.

And though experts may say bars and restaurants who serve alcohol may be putting pregnant women and their children at risk, a new study suggests they may have been doing that all along by serving men alcohol, too.

New research from Georgetown University has found that there's an increasing link between a father's drinking behavior and the likelihood of a child having birth defects, especially fetal alcohol spectrum disorder (FASD). The researchers found that 75 percent of children suffer from FASD when their father has an alcohol problem.

In fact, the study found that babies can be born with FASD even when mothers have never sipped alcohol, but fathers have.

"We know the nutritional, hormonal and psychological environment provided by the mother permanently alters organ structure, cellular response and gene expression in her offspring," said senior researcher Joanna Kitlinska, Ph.D. "But our study shows the same thing to be true with fathers - his lifestyle, and how old he is, can be reflected in molecules that control gene function. In this way, a father can affect not only his immediate offspring, but future generations as well."

This study shows a growing body of research that links a father's drinking habits to fetal disorders. According to Science Daily, FASD can cause children to suffer from retardation, stunted growth, nervous system abnormalities and have a lack of social skills.

When a dad's drinking habits cause FASD, children also show signs of abnormal organ and brain development, according to Science Daily.

"Until now fathers' lifestyle choices have not seen any repercussion on their unborn children," according to Science Daily. "This ground-breaking research provides the first definitive evidence that father's' drinking habits pre-conception can cause significant fetal abnormalities."

It's been known for a while that there are certain foods pregnant women shouldn't eat, activities they shouldn't engage in and events they shouldn't attend when they're pregnant if they want their baby to be healthy. I wrote about this last week, highlighting how pregnant women are offered an exceptional amount of advice, and yet most of it doesn't always hold up in reality.

Specifically, this past month two major studies about pregnant women that have circulated may cause more panic than prevention. One said pregnant women who take too many vitamins may give birth to babies with autism, while another warned against swaddling. Scientists discredited both, saying they're just pieces of advice - not fact.

Experts say that pregnant women should listen to their doctors, and then take everyone else's advice with a grain of salt.

But there's plenty of research out there on how dads can affect their baby's birth. Here's a look at five things dads should be wary of if they want to give birth to a healthy baby.

As I wrote about for Deseret News National, a 2015 study from the journal Fertility and Sterility found that overweight men are more likely to have sons, who will similarly be overweight. The study examined more than 8,000 couples who were in fertility treatments and found overweight men were 27 percent more likely to give birth to sons.

But, as other research pointed out, obese children are more likely to be born to obese fathers.

2. Be mindful of the biological clock

Though the concept of the biological clock - the time of which someone has until they can no longer procreate - has normally been about women, recent research has indicated that men also have a biological clock, according to The Guardian. As men age, it becomes increasingly hard for them to procreate because they'll see a decrease in sperm count.

"Male fertility declines with age too. A growing body of research has shown that sperm counts diminish over the years," according to The Guardian.

Expert Matthew Anway of the University of Idaho said back in 2008 that he found evidence that chemicals - like those you'd find in drugs, tobacco and alcohol - can all enlarge a man's prostate, cause infertility and create kidney issues, according to The Guardian. These effects lasted a few generations, too.

This led experts to agree that young men shouldn't embrace drugs and drinking if they want to give birth to children.

"If I was a young man I would not drink beer, I would not be smoking when I'm trying to conceive a child," Cynthia Daniels, of Rutgers University in New Jersey, told The Guardian.

A 1991 study similarly found that fathers who use cocaine had children with birth defects.

4. Be wary of diabetes

Recent research from the United Kingdom found that a dad's type 2 diabetes could affect his child's birth weight, putting the child at risk for diabetes or being born prematurely, according to Reuters Health.

The researchers followed 8,000 parents and found that babies whose fathers had diabetes were born weighing about 6.5 ounces less than those who had fathers who weren't diabetic.

There's been bodies of research about how dads affect their child's mental health after their birth. But a study from 2013 published in Pediatrics found that dads who are stressed out during their wife's pregnancy can affect children, too, according to Time magazine.

The study, which followed more than 31,000 children and looked at self-reported mental health reports from fathers whose wives were nearing the end of pregnancy, found that 3 percent of fathers said they were dealing with distresses, Time magazine reported

These issues later led to anxiety and behavior problems with those children at age 3. In fact, kids from stressed out dads suffered from both behavioral and emotional issues overall in the long run.

"The findings from this study suggest that some risk for future child emotional and behavioral problems can be identified during pregnancy, and as such the results are of importance for health professionals and policymakers in their planning of health care in the prenatal period," the study authors wrote. 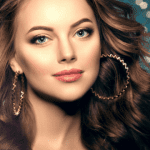 Quiz: What Does Your Hair Need to Look…