There Are Steps That Need to Be Taken When Nude Images Are Found on Your Child's Phone.

Recently a parent posted on Facebook that he found nude images of teen boys on his daughter's cell phone. He asked what he should do, and responses from the Facebook community varied. One comment stated he should send the images to their parents. Some went as far as saying he should track down the culprits and beat them up. While these responses are largely emotional responses, it is important to understand the severity of this scenario. If a child sends a nude picture of him or herself electronically to your child, it can be considered child pornography. If you find this and see it, you are also handling child pornography; and the saving, sharing or distribution of this image may make you a distributor of this content, which could lead to you being charged with a felony and becoming a registered sex-offender. It is very serious.

Here are five very specific steps you, as a parent, should follow if you find nude images of others sent to your child's device:

As stated above, if a parent finds nude images on their child's device from an underage youth, it can be considered child pornography. Anyone taking, sending or possessing nude pictures of children can face felony sex crime charges. The most important thing to do is to report it. Contact law enforcement and let them know of the problem. Be honest and open and allow them to investigate if others are involved.

Why is reporting it so important?

One of the main reasons parents should report these incidences to law enforcement is because this type of offense may be more expansive than just one image to one child. There may be other victims involved, as well as possible perpetrators behind the images and messages. It is not uncommon for child predators to use social media to gain access to children.

Deleting the images will not solve the problem. While you may delete it from your child's device, the device the other person was using can still register what devices it sent items to, and these can lead to your child.

Law enforcement will be able to provide help on what can be done, and may even provide help to prevent it from happening again.

As soon as these images are found, parents should also take possession of the device until law enforcement can review it.

Do not communicate with others on the device

Parents should not communicate with those sending images on the device. Do not respond to them. Allow the authorities to decide how to proceed. If there needs to be a more investigative measure taken, this will allow them to do so.

The consequence for a child who has nude images on his or her device should include suspension from the device for some time. Parents should work out a time frame based on their situation. It should also include limited access to social media and Internet sites as well. Additional suggestions for consequences can include installing third-party apps that monitor what is being accessed on the device, as well as the removal of all apps. As the parent, decide on a consequence that will teach your child new behaviors and not punish him or her. Remember, punishment does not always teach.

This article was originally published on Smarter Parenting. It has been republished here with permission. 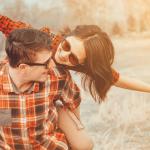