5 tips for talking to your kids about sex

You want to talk to your kids about sex, but fear steps in and you don't even know where to begin. Here are five effective delivery methods that will put you at ease talking about the big "S" word with your children.

A parent sits his son down for "the big talk"ť about the birds and the bees and sheepishly begins explaining some things. As the conversion develops, the parent's jaw drops from the misguided comments coming from the mouth of his son. Sooner or later, the parent is the one taking the notes instead of the child. Sound familiar?

Children today are being bombarded with sex from the media, friends and at school. Yet, studies show children prefer to learn sex education from YOU - the parent. The majority of parents also want to be the primary source of sex education for their children. However, in recent years, (1996-2006) "parents show a trend of communicating about sex to their children less and less"- Journal of Sex Research.

Why is it happening this way? Most would agree the culprit is society's taboos about sex, and the "secrecy"ť surrounding it. We as parents are often apprehensive about the subject ourselves, so we portray this attitude toward our children. Some parents may even feel if they talk to their kids about sex, then they might go out and "explore"ť it. With good intentions, we often make the following mistakes:

Do any of these examples sound familiar? If they do, rest assured, you are not the only one struggling to communicate about sex with your children.

Here are five effective delivery methods that will put you at ease talking about the big "S"ť word.

1. Consider your own attitudes about sex

Ask yourself questions like, "How did I learn about sex?"ť "Did my parents teach me?"ť "Was it a comfortable topic in my home?"ť If you are apprehensive about sex, try and resolve why. Resolving any concerns you have about the subject will likely result in increased confidence, making the communication process more natural.

You don't want to dump a bunch of information all at once on your child before he can say, "coo"ť - dramatic I know. On the other hand, you don't want to wait until it is too late either. Instead, current research suggests focusing on little teaching moment opportunities. For example, you and your son see a pregnant lady at the store, give him age appropriate information about where babies come from. Sex education is a lifelong process. Make it an open, ongoing conversation, without that awkward sit-down talk. The book, Beyond the Big Talk by Debra Haffner is a great resource for teachable examples.

3. Be positive and communicative

Create an environment where your child feels comfortable talking to you about sensitive topics - like sex. The best place for a child to learn about sexuality, is at home from those who care most about him. Your child needs to know sex is a good thing (in the right context of course). If you fear bringing up sex will just make your child want to go out and do it, be comforted to know studies have found just the opposite. Brad Wilcox, author of Where do Babies Come From?says, "The most sexually active teens are usually the least informed. Parents who talk with their children about sex actually delay their children's sexual involvement because they satisfy curiosity that often leads to experimentation."ť You know your children best. "Sometimes it's not so important on 'what' you are talking about, as it is - that you are talking," says, Malpani from HELP-Health Education Library for People. This lets your children know it isÂ OK to come to you with questions, concerns or thoughts about sexuality.

You may be tempted to replace certain body part names with slang or made-up words. Or, perhaps when caught off guard, tell your child that babies come out of the belly-button - yes, a common response. Refrain from these tendencies. "Concepts can still be simplified and accessible to children while naming body parts by their real name,"ť says Dr. David McKenzie, a sex therapist from Canada. For example, your little one asks, "Where do babies come from?"ť Take advice from KidsHealth and respond with something like, "They grow from an egg in mommy's stomach, then they come out a special place called the vagina."ť

An ecclesiastical metaphor suggests, "A mother shouldn't give an infant meat before milk."ť Educating your children about sex can have a similar comparison. Consider your child's age ability to grasp concepts. If necessary, keep responses simple and leave out the heavy details. Perhaps your child is just asking you why it says "sex"ť on your driver's license. Give information on a need-to-know basis.

So, say goodbye to those birds and bees and start talking positively and confidently to your children about sex. 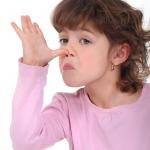 Don't Let Others Ruin Your Day