5 topics to never bring up with an expectant mother

It seems pregnant women are more sensitive than usual, especially about certain topics. Here are five to stay away from.

Women tend to be emotional creatures, and when we are pregnant, we are even more emotional. The littlest thing can offend us, make us cry or make us angry. There are some topics that set us off more than others. Here are five topics that are best to avoid bringing up to an expectant mother.

1. The size of her belly

This should be obvious; just as you do not talk to someone about his or her weight, you shouldn't talk to a pregnant woman about the size of her belly. We are self-conscious enough about our growing bodies; we do not need anyone to point out to us how big we are getting. Even if you think your comments are well-intended, keep them to yourself. Things like, "You will probably deliver early because you seem big for how far along you are," or "this will probably be a really big baby because you look huge," or "You're only how many months along? I would have guessed you were further than that" are not something a pregnant woman wants to hear. Even women that seem smaller than they should be do not like to hear that. Some people have health problems or issues that they are worried about, and pointing out that they are not the size you think they should be is only going to upset them.

Unless a pregnant woman asks to hear how your birth story went, don't bring it up. There is nothing worse than hearing horror stories about what might happen to her in just a few months. Just because you went through 30 hours of labor and still had to have an emergency C-section does not mean that will happen to her. It will just worry her, make her anxious and perhaps give her nightmares of the big day.

3. If this pregnancy was expected

As a mother of boy and girl twins, I cannot tell you how often I was told that I am so lucky because now I am done. I have a boy and a girl and do not need any more kids. So does that mean that people only have more than one child because they are trying to get one of each sex? And a third, fourth or beyond child must have been an "oops?" This is not an appropriate thing to say to anyone. Asking if a pregnancy was planned or conceived naturally is very personal. Even if a child was not planned, it does not mean he or she is not wanted. This is not an appropriate topic to bring up.

4. What she should and shouldn't be doing

It is very rare for a pregnant woman to not know the dos and don'ts of being pregnant. She goes to her doctor several times throughout her pregnancy, and they are monitoring her and advising her on activities, foods and things she needs to avoid or do more of. She does not need everyone else telling her what to do. For example, doctors are finding that physical activity is actually healthy for pregnant women, yet it seems that as soon as a woman gets pregnant she is told to take it easy and be careful. There are definitely certain foods a pregnant woman should avoid, but again, her doctor will review these with her and even monitor certain hormone levels to determine if she is getting enough of what she needs, and not too much of what she doesn't need (like sugar). While old wives tales and home remedies may have worked for you, that does not mean it is right for her. Unless she directly asks you, keep your thoughts about what she is or isn't doing to yourself.

5. Comments about her name choice

It seems people are so anxious to find out what someone plans to name her baby before he or she is born. Even strangers who she has never met before will ask if a name has been chosen. People feel it is their duty to give you their approval, and if they do not like the name they are free to say so as well. They also have an opinion about how you spell the name, pronounce the name and even if you should call the baby something besides the name you've chosen (like suggesting you call him or her by the middle name, or a nickname — like Ben for Benton). This is not OK. A name is the second gift a parent gives their child; life is the first. It is something they have probably researched and said out loud a million times to make sure it is what they want. If a parent does decide to tell you the name he or she is thinking of, make your only response, "I like that."

All of these topics are touchy, so don't be surprised if you get snapped at or yelled at if you do bring them up, but my advice is to simply avoid them altogether. 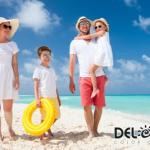 5 Ingenious Ways to Protect Your Stuff at…