The Role of Confidence in Children is Difficult to Overstate. It is a Key Ingredient in the Recipe of Strong Individuals, and There Are Many Things Parents Can Do to Help Their Children Naturally Gain Confidence.

The role of confidence in children is difficult to overstate. It is a key ingredient in the recipe of strong individuals - an attribute that enables children to form healthy relationships and resist temptations of our day such as engaging in sexual activity or using drugs. There are many things parents can do to help their children naturally gain confidence.

Here are five principles I have adopted in an effort to provide my 11-year-old daughter with increased confidence that you may find helpful as well.

In the adult world, we talk of creating "buy-in" among those with whom we interact. Those who have a say in what happens tend to have a great interest in seeing it brought to fruition.

In this sense, children are no different than adults. They tend to find greater happiness and fulfillment in things that make them happier and more fulfilled - even if that means they don't grow up to be the football player or ballerina we may have secretly hoped they would become.

The National Association of School Psychologists emphasizes "a child is more likely to learn and retain information when he is intrinsically motivated."

Children lacking a sincere interest in what they do may find it difficult to develop confidence. Conversely, there is a special joy that comes to parent and child alike when children are allowed to embrace their individuality.

Last year, as my daughter and I were cooking Tuna Helper together, she decided to carry the tuna fish cans across the open floor to the stovetop instead of carrying them across the countertops. As a result, when her grip slipped and she dropped the cans, gravity assisted the cans four feet down to the floor - instead of four inches down to the counter.

Tuna fish and tuna juice sprayed the floor and walls of the kitchen. It was everywhere.

I wasn't thrilled, but I could also sense the anxiety my daughter was feeling. Instead of letting my frustrations show, I knelt down on one knee so we were roughly eye-to-eye and repeated our mantra: "Accidents happen."

We talked about how the mistake could have been prevented, and why we had practiced carrying open containers to the stove the way we had.

When all was said and done, my daughter felt freedom to make mistakes while also understanding how following rules and guidelines could prevent mistakes.

"As parents, our responsibility is to keep kids unharmed," states research psychologist and author Peggy Drexler, Ph.D. "That doesn't mean shielding them from all possibility of defeat. It means letting them fail safely."

Family rules that influence my daughter are created with her input. Not only does the process give us a chance to examine each rule with appropriate depth to provide understanding, it also provides an opportunity to see accountability at work.

More often than not, the rules we create together apply to us both.

For example, in our home we created a rule that said we couldn't eat in our beds. At the time, however, I was dealing with severe injuries from a car accident and needed to eat in bed at times.

Because I respect my daughter's input, I asked what she thought we should do. She suggested an exception to the rule if we got permission from each other. I agreed and complimented her on thinking to create a solution.

Each time I asked her if I could eat in bed I saw a confident, self-assured look on her face. Her confidence grew as she participated in the entire decision-making process rather than merely receiving the consequences of a rule kept or broken.

One area in which I was surprised to see have an effect on my daughter's confidence was in my own willingness to let her see me learn.

I remember one time we had a debate about the answer to a certain question. While I don't remember the question we discussed, I remember specifically the feeling I had when I did some research and discovered I was wrong - and she was right. The temptation to hide my own ignorance was severe, but I decided it would serve as an excellent opportunity for her to see how to respond to being wrong about something.

The lesson in humility had its intended impact. As the process was repeated over time, she developed the confidence to risk being wrong because she knew there was no shame in acknowledging she didn't know everything.

By letting our children see our own learning process, we demonstrate that learning and confidence go hand-in-hand.

As parents, it can feel natural to shower our children with praise. However, if we praise our children's accomplishments at the expense of their efforts, we can end up causing problems in the long term if our children become fearful of taking risks and losing praise associated with results.

Bob Murray, Ph.D., an author and clinical psychologist, recommends that we "praise the effort rather than the result. Praise the creativity, the hard work, the persistence, that goes into achieving, more than the achievement itself."

For example, my daughter knows that I will praise her for her schoolwork in an atypical manner. I've told her that I don't care if she gets A's or F's as long as she tries as hard as she can. This way, she knows it's the effort she puts in that warrants praise.

My hope and expectation is that emphasizing effort will provide her with confidence that she can tackle any problem as an adult as well as she can now.

With hard work, love, and confidence of our own, we can help our children naturally gain confidence and grow into adults who are similarly confident.

Kurt Manwaring is a consultant with Manwaring Consulting. He maintains a personal blog at www.kurtsperspective.blogspot.com. Email: [email protected]
nextarticle 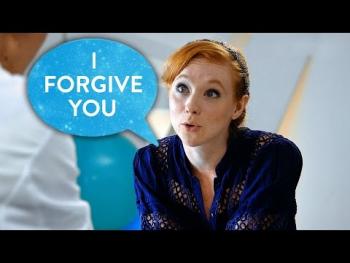 Learn to Forgive and Increase Your Happiness Right…