5 ways to teach children how to budget their money

Learning how to manage money is a skill everybody needs to learn. Developing the habit of budgeting at an early age can help our children be good money managers as adults.

Money management is an important skill we all need to learn. Unfortunately, many of us don't figure it out until we face adulthood. We can give our children a leg up in the world if we teach them from an early age how to budget their money.

. Children can't learn to budget money until they have some of their own. Icon Credit Union recommends giving children a weekly allowance starting at about seven years old.

You can determine how much a child should get as an allowance by calculating how much you spend for their treats, toys and entertainment, then give them that amount. An easier way to determine allowance is to give them one dollar for each year of their age. However, you can choose any amount that fits into your family budget. Once your child is old enough to earn her own money, you can wean her off an allowance.

. When your child becomes a teenager, you can give him more financial responsibility. One way to do this is to give him a clothing allowance. Calculate how much money you spend on clothing for your teen and give him that amount. Let him know that it has to last the entire year. Allow him to decide how to spend the money. If he wants to blow half his clothing allowance on a single pair of jeans, let him. He will quickly learn that he will not be able to afford the other clothing items that he would like to have.

Remember that you are still the parent. You have the final say if your teen's clothing choices are inappropriate for school, or don't meet your family's standards.

. Sometimes, an allowance won't be enough to cover all of your child's expenses. She might want to go out to a movie with friends, or she may want to reach a goal faster than her allowance will let her. Give her an opportunity to earn more money by completing odd jobs around the house.

One way to do this is to make a list of small jobs that need to be done around the house but often get neglected such as dusting the ceiling fans, wiping down the baseboards or decluttering the cupboards. Put a dollar amount next to each item. Your children can then choose an item from the list whenever they would like to earn extra money.

Another idea from Brigham Young University is to have a Saturday Auction. Make a list of extra chores that need to be done around the house, such as mopping the floor or scrubbing the bathtub. Then, let your children bid on them. Award the job to the lowest bidder.

. Money jars are your child's first introduction to budgeting. Brigham Young University recommends that once your child has an allowance, give him 4 jars labeled charity, quick cash, short-term goals and long-term goals. Pay her in single dollar bills so that it is easy to divide into categories. Decide together how much should be put into each jar. You can choose 10 percent for charity and long-term savings and 40 percent for quick cash and short-term goals. Or, you could choose 10 percent for charity and divide the remaining money equally among the other categories.

. Once your child is older and has a job for himself, you can introduce him to Dave Ramsey's envelope budgeting system. The envelope system is similar to money jars but more expansive. Have your teen create categories such as food, gas, clothing and entertainment as well as charity, short-term goals and long-term goals. Then, help him decide how much money should go into each category. Fill the envelopes with the allotted amount for that category.

Then, when it's gone, it's gone. Once he has spent all the money in an envelope, he is done spending in that category. If he goes on a shopping spree and spends all his clothing money for the month, then he cannot buy more clothes until the following month.

Resist the temptation to bail your child out if he runs out of money before the end of the month. Let him experience the natural consequences of his spending.

If you teach your children how to budget now, they will be well-prepared for the real world when they become adults. And isn't that our number one goal as parents?

This article was originally published on FamilyShare.com. Check out these other related articles: 5 tips for involving the whole family in the household budget, 5 ways to teach your children the value of money and How to teach wise money management to kids. 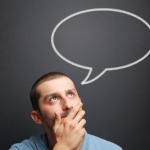 4 Ways to Harness the Power of Positive…