5 ways video games can be good for your children

Video Games Are Far From Brain-Numbing. in Fact Video Games Help Relationships With Siblings, and Other Surprising Ways.

Video games cause people to be antisocial and to have a hard time focusing. Gaming dulls your brain and creates more aggressive behaviour in people. I'm sure you have heard these negative things (and many more) about video games. While some studies suggest these are true, various other studies show there are some significant advantages that come from playing video games.

In the right situations, video games can be good for your children (and husband). The following five ways demonstrate some of the surprising perks that can come from gaming:

When siblings (particularly brothers) play video games together, they like each other more, according to a study conducted by professors at Brigham Young University and the University of Arizona. The study indicates that the amount of time and content of the video game could have negative effects on children, but with the right game sibling relationships can improve. The study said, "Though much research shows that playing violent video games is associated with increased aggressive behavior, a number of studies have found that the effect is diminished when violent video games are played cooperatively with other players."

Contrary to many people's opinion, gaming actually is a very social activity according to researchers. When your children play video games they are more likely to connect with other children who play similar games. This connection leads to improved social activity. Certain types of games encourage this type of community, creating ways for players to share tips, work on projects together and other social opportunities.

Video games do a lot for your brain including increasing brain flexibility. Brain flexibility is important when you make decisions. Since video games require you to think about many different situations, obstacles and outcomes, (and quickly switch back and forth between tasks), your brain is trained to do the same thing in real life situations.

Children who play video games will increase their hand-eye coordination, decision making skills and their ability to focus.

Those action-filled video games help train the eyes of children to notice subtle changes, shades and brightness more than those playing non-action games. This type of visual training has been shown to help players drive better at night and has improved their reading skills. One study showed it helped children with dyslexia; by playing high action video games, their reading speed improved more than it had over 1 year of demanding reading treatments.

All this research aside, any type of activity that your child participates in too much is negative. But in general, limited time playing certain video games can improve your child's brain function, relationships with their siblings, eyesight, social life, and on a certain level, their mental disorders. 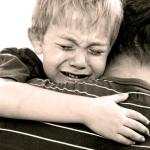 7 Ways You Destroy Your Children When You…