6 Behaviors Our Children Learn From Us

What Does Your Example Teach Your Children?

I worked at a RTC (residential treatment center) for a few years after college. It was a house full of girls ages 12 to 18 who were there because of self-harm, suicide attempts, eating disorders, or just plain misunderstood. Their parents made them come and stay for a year. We were one of the best, most expensive treatment centers in America (or so I was told). It really was a wonderful place where I saw REAL positive change in the way these amazing young ladies viewed themselves and their families.

Most were very well-off, east coast girls. The RTC was based in Utah so they didn't get to see their families all that often. We would have "family weekends" every couple months where it was all family therapy and ropes courses.

That was always my favorite time. It was so terribly interesting to meet their parents. Before they would even open their mouths I knew who they belonged to. From the second they stepped out of their fancy cars, I knew their last name. Not because they all looked just like their girl but because they carried themselves just like their girl. Why is that? Why is our initial instinct to behave like our parents?

It's what we know.

Here are a few behaviors children tend to learn from their parents:

1. How to treat your spouse

I have a friend who is totally rude to her husband. She thinks nothing of it. It's just the way she was raised. That's what she saw, that's what she does. It makes me sad for her, her husband and their children. John Wooden once said, "The best thing a father can do for his children is to love their mother." I love that.

2. How much respect to give authority

Anytime a police car or fire truck turns on their sirens close enough for my 2 year old to hear he shouts, "Good guys!" Every child is learning from their parents how much respect different authority figures deserve. If you have a parent who is constantly butting heads with their boss, chances are, the child will grow up with a chip on their shoulder for anyone who dare call themselves "the boss."

3. How to manage our money

What is money for? It may surprise many to know that depending on your economic status, the answer varies greatly. Children watch their parents live from paycheck to paycheck will assume that that is just the way money works.

4. How do deal with frustration

I have a friend who recently told me, "When I get mad, I scream. I can't help it. It's just the way my family deals with things." If you're a screamer, think back to where you learned that" your parents right? The tough part about having children is that we must do morethan feed them, we must RAISE them. Part of raising children is modeling healthy behaviors.

5. How much happiness they can expect out of life

Those who grow up in negative households must forever fight that little voice in their heads saying things like, "You don't deserve this." We tend to accept the love we think we deserve and gravitate towards people and things that make us feel comfortable. For example, if a mother chooses to stay with an abusive husband, more often than not, their children will end up being a future victim or abuser.

6. How you treat other people

Do you look people in the eyes? Are you worthy of someone's time? Are you a jerk? Are people beneath you? Chances are, your children would be able to answer these questions immediately. They know you, they probably want to be just like you, they're practicing you right now. It has been an eye-opening experience for me to see my 4-year-old daughter play "house" with her little friends. I'm ever interested in the way she describes and portrays "mother."

Our parents taught us the basics. Our worldview was shaped by watching them interact with the world. It's almost too much for me to think about all the children (and grown-ups) who came into this world surrounded by violence and fear. There is so much disadvantages that come with having parents who are cruel. These abused and neglected children have a MUCH harder road than those raised in loving homes. They fight battles unseen.

My message to those without proper examples is this; CHOICE. It is the greatest gift you've been given. Each person has the power to choose the kind of parent they are going to be. Yes, your initial reaction may be to scream, but that doesn't mean you MUST.

Editor's note: This article was originally published on Candy House Blog. It has been republished here with permission.

Kristin Anderson is a mother, wife, social worker, writer and proponent of happiness. She believes in second chances and the power of children.
nextarticle 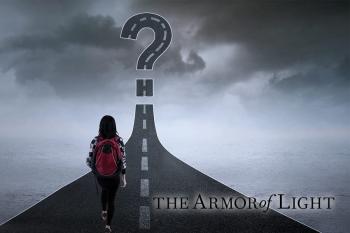 7 Signs God is Talking and You Aren't…