6 changes we made after talking to a sleep expert

Sleep is essential for us as moms and the chaotic nights of broken sleep can make our days even tougher. After nearly two months of sleepless nights where my son Brody would wake every two hours, I broke down and reached out to a sleep expert. With fears of 18 more years of interrupted sleep flashing before my eyes, expert Katie Bartley swoop in to help. After evaluating our day-to-day routine, feeding habits, and more, she gave us a handful of changes to make that immediately started improving our nights.

Here is a breakdown of a few of the big changes we made.

1. We changed our routine during the day

Eat. Play. Sleep. These three words rang through my ears all day long after we talked to Katie. She stressed the importance of how much our day routine (more like our lack of routine) was affecting our nights. Instead of feeding on demand, like we had done for the early months, we transitioned into the eat, play, sleep routine. This helped break the association of eating leading to sleeping. Now when Brody wakes up from a nap, we feed him then we play until his next nap.

This change will be controversial to some, but it made the biggest difference for us at night time. When Brody would wake up crying in the middle of the night, we started giving him a chance to soothe himself back to sleep before we jumped in. And you know what? It worked. Sometimes it was a matter of only 1 or 2 minutes and he would be back asleep. Other times it took a little longer. I was guilty of feeding him immediately when he would wake up out of convenience. Feed him, he goes right back to sleep. But I learned that this was training his body to wake up at those times expecting to be fed. Side-note: Listening to Brody cry even for just a few minutes gave me anxiety. I started turning down the volume of baby monitor so those long couple of minutes until he fell back asleep were not so traumatic.

3. We gave Brody a lovey

A lovey, a blankie, a security blanket - they're all the same and as we learned from Katie, they're a great comfort tool. We started making sure he had his security blanket on him every time he took a nap or we put him to bed. I would rub it all over his chunky cheeks before I left him in the room and he would usually clutch it right away as I stealthily escaped. He's now learned to associate the blankie with sleep.

4. We permanently moved Brody to his crib

For the first months as parents, Brody slept on the side of our bed in his bassinet or the travel crib. I wanted him within arms reach at all hours of the day. But the reality is, he needed his space. He needed a quiet room to himself, and my husband and I needed the distance for our sanity as well. The transition to his nursery meant a little more work to check on him or feed him during the night, but it was instrumental in Brody learning to sleep on his own.

5. We stretched feedings during the day

Along with the eat, play, sleep routine we adapted, we began to stretch out his feedings from every 2 hours on the dot to every 3.5-4ish hours. Brody started nursing for longer periods of time and doing less grazing. This meant going to bed with a fuller belly, breaking the habit of waking every 2 hours to eat and certainly contributed to him sleeping for longer periods at night.

6. We set a strict bedtime

When 7:00 p.m. rolls around each evening, Brody is in bed. Training his body to get tired around the same time each day, meant giving up some of our carefree nature as parents. Prior to talking to Katie, Brody's bedtime fluctuated anywhere from 7:30-9:30 p.m. Most nights, we would put him to bed when we were ready for bed. But with a strict bedtime, Brody has gotten into a sleep routine and mom and dad are able to spend time together before we go to bed for the night.

Editor's note: This article was originally published on Momma Society. It has been modified and republished here with permission.

Mandy Roberson is a wife, momma and founder of Momma Society, The Community of Modern Moms. She has a passion for pregnancy and motherhood and enjoys celebrating these joyous times with moms across the globe. Join the Momma Society Instagram community .
nextarticle 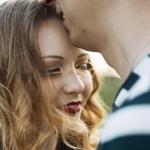 11½ Things That Will Ensure Your Marriage Lasts…