6 Foods You Should Never Feed a Baby, According to Experts

Have You Fed a Baby These Foods Before?

It's exciting to start introducing new foods into your baby's diet. While it's perfectly healthy to give them new foods at the appropriate stages in their little lives, there are some foods you should avoid giving to your baby all together. For the sake of their current and future health, experts recommend you never give your baby these six foods:

You might like your eggs runny and your steak rare, but it's highly important the food you feed your kiddos are cooked all the way through. Children, especially infants, are at a higher risk for getting salmonella. To reduce their risk of salmonella, never serve them undercooked or raw meat, poultry or eggs (and don't let your kids touch a reptile without washing their hands immediately after).

The National Health Service recommends babies 12 months and under have less than one gram of salt a day (or less than 0.4 grams of sodium). At one to three years old, only two grams of salt (or 0.8 grams sodium) is recommended per day.

It's dangerous to give your young ones too much salt because their kidneys are not yet ready to cope with the sodium. When you buy foods for your baby, watch for the sodium levels on nutrition labels, and never add table salt to their food.

In the first eight months of 2016, the Food and Drug Administration announced that companies will soon have to disclose the amount of added sugar in foods??, Philadelphia passed a soda tax, and other cities put similar measures on the November ballot. There is a focus on limiting intake of sugar?, the American Heart Association is raising new concerns about sugar and increased risk of cardiovascular disease for kids. It is recommending new guidelines for consumption, and they are low-very low?. To read the full article click the link in our bio????????! #TakePart #sugar #food #soda #addedsugar

The American Heart Association has found "strong evidence [that] supports the association of added sugars with increased cardiovascular disease risk in children through increased energy intake, increased adiposity, and dyslipidemia."

Studies led researchers to recommend avoiding added sugars altogether for children 0-24 months and to restrict children older than two to less than 25 grams (100 calories or six teaspoons) of added sugar per day. Let your baby snack on sugar-free snacks like fruit instead of fruit snacks.

Honey might seem like an innocent, natural food to give to your young one. However, it's essential babies don't consume honey until they're at least 12 months old. According to BabyCenter, "honey can contain spores of a bacterium called Clostridium botulinum, which can germinate in a baby's immature digestive system and cause infant botulism, a rare but potentially fatal illness." Honey is typically safe for adults and children over one year old, because their intestine is developed enough to keep the bacteria from growing.

The American Academy of Pediatrics recommends that whole cow's milk not be used during the first year of life. The only kind of milk children under one should be drinking is breast milk and/or appropriate baby formula, because they both contain the essential nutrients infants need to grow healthily. Cow milk lacks these nutrients.

For young children over one-year old, it's recommended they only be given whole milk, not reduced-fat dairy.

6. Foods that are easy to choke on

I've always had a huge craving for crisps. ? But since I've been bettering my food and exercise choices, surprisingly I'm not really missing it anymore. What I do eat at times though, is some microwaved salty popcorn. ? Just as good but sooo much healthier ? #makingbetterchoices #healthyfood #healthysnacking #latenightsnack #popcorn #foodie #weightloss #sogood #goodvibes #snackinghealthy #gettingfitter #foodlove

Avoid raw vegetables, popcorn, hard candies, chewing gum, crunchy peanut butter and any foods larger than one half-inch. It's important to supervise your children whenever they are eating. Also, encourage your young one to eat sitting down instead of while moving around or lying down to reduce the risk of choking.

While these baby food warnings are good to consider, it's best to consult with your baby's doctor about the types of foods your little one should and shouldn't eat. With the right food precautions, you can raise a happy, healthy baby. 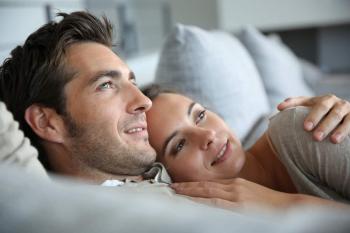 6 Truths You Need to Know About Marriage…