Teaching About Religions in School Can Broaden Your Children's Education and Help Them See the Value of Religion. These Six Reasons Why It Needs to Happen May Open Your Eyes.

Teaching religion and teaching about religion are two different things. We know that public school educators cannot teach a particular religion, nor can they, due to a 1963 Supreme Court ruling, lead a class in prayer. However, according to that same ruling, teachers have always been allowed to teach about religion. Because many teachers misunderstand this, they avoid discussing anything about religion in the classroom. That's a loss to the children.

Because religion plays a major role in the lives of so many citizens, it needs to be part of every child's education. Here are a few reasons why.

Understanding a person's religious beliefs will likely stop bullying because of someone's religion. Most bullying occurs because of misunderstanding. For instance, if a child understands why a Jewish family worships in a synagogue on Saturday instead of in a church on Sunday, Jewish school mates will not be ridiculed for being different in that regard.

As students learn about a religion and why it is culturally different, they will learn to appreciate those differences and be less likely to insult or make fun of a classmate.

2. It opens a window on the world

There is so much rich heritage taught in the religions of the world. When children understand that many find comfort and peace by following the precepts taught in religious scriptures, they become more accepting of others. Most children don't know that all religions have their own holy writ. Christians have the Bible, Jews have the Torah, Islamists have the Qur'an, and Buddhists have the Tripitaka, to name but a few.

Knowing some of what these religious writings contain and why they are sacred to those belonging to these different sects is important. They may be pleasantly surprised to find love, peace and kindness taught in all of them.

3. It creates a respect for sacred places

To be able to study the beautiful architecture and design of cathedrals, churches, temples and other religious buildings is an education in itself. When they study what it took to build these, including some built at great sacrifice of believers, students gain a deeper respect for them and those who worship there.

As they learn about the art of creating a beautiful stained glass window, or why a statue or painting means so much to a religion, their horizons are broadened. A field trip to visit some of these beautiful edifices could provide even more reason to reverence them, instead of defiling them with graffiti or scoffing at them.

4. It provides a greater knowledge of our country's history

Records show that "52 of the 55 signers of The Declaration of Independence were orthodox, deeply committed Christians. The other three all believed in God, but had not declared for a specific church.

"The same delegates legislated the establishment of the American Bible Society.

"In 1782, the United States Congress approved a resolution which stated: 'The congress of the United I States recommends and approves the Holy Bible for use in all schools. They purchased and imported 20,000 Bibles to be made available to the American people.'"

Religion played an important role in the establishment of the United States of America, making sure that all religions were welcomed. Our children deserve to know this part of our history.

5. It creates a respect for the beliefs of others

By inviting priests, bishops, rabbis, imams, and other qualified representatives of religions into the classroom to explain tenets of their religion, the students will gain a greater respect for them and their beliefs. These members of clergy or similar representatives are the ones who should be explaining their beliefs.

To have someone who is not a follower of a certain religion explain its beliefs is like having a Toyota dealer explaining the qualities of a Cadillac. You need the right representative to get the proper information. The purpose of their visit should be to educate, never to proselyte.

6. It helps them discover the importance of having values

Learning the values that religions teach helps a child form his own base for personal values. Parents need to ask themselves if they are teaching the religious values they believe in to their own children. When parents do this it helps their children understand and appreciate what others believe, while giving them a firm foundation on which to build their own lives.

Parents can encourage their schools to augment their teaching by exposing students to other religions. In this we must make sure no other religion's beliefs are thrust upon our children. We are simply suggesting that our children's education can be enhanced by learning about other religious practices with the hope that this will create more understanding in a world of so much diversity. 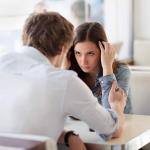 This One Behavior Can Destroy Your Marriage