6 ways not to ruin your baby’s name

Naming Your Baby is a Joyous Occasion, But Keeping These 6 Tips in Mind May Save You and Your Child From a Lifetime of Trouble.

One of the best parts of bringing a new bundle of joy into the world is getting to christen him or her with a special and thought-out name. But don't let the honor go to your head. If creativity or novelty outweighs common sense, both you and your child could be in for a long, rocky road.

Here are 6 "skips" when picking an interesting and distinctive baby name:

Stay away from baby names that remind men of delicious desserts. Your child might be a treat, but you don't want anyone thinking of her as a consumable product. Not to mention these are names that are easily associated with some unsavory professions. Don't plant that thought in anyone's mind.

Yes, Alvin and the Chipmunks and My Name is Earlactor Jason Lee actually named his son Pilot Inspektor. Albeit an homage to a beloved song title, this name is still quite inappropriate for anyone other than a millionaire's son. And even if you and your family are well-off, keep this kind of name away from your kin. He'll thank you when he's older.

Slight misspellings that stray from tradition are fairly common for modern names and can easily be forgiven. However, intentional misspellings that annihilate common sense and pronunciation will wreak a lifetime of havoc for everyone in the family. Spelling based purely on complexity doesn't do anything for your child, it only takes attention away from her and places it on her name.

Train names are like cars on a locomotive; they just keep going and going. Keep baby names short and sweet unless each name has special meaning to your family, or it is a cultural or genealogical tradition to maintain such patterns as part of a long legacy or lineage- like the royal family.

We know you're the queen of your castle, and your baby is a prince or princess in your eyes, but there's only so much space on government documents and college applications. At this point you're only adding lifelong complications.

5. Apple, Peach, Rice and other foods

Unless you're using your maiden surname as your baby's first name, stay away from foods. In fact, stay away from anything edible, including spices, herbs and seasonings. A few exceptions would include proper names like Pepper, Ginger and Rosemary. But names like Cinnamon, Sugar, Cherry and other sweet foods have already been covered. Keep moving.

6. Tiger, Seal, Raven, and other animals

A golfer named Tiger. An artist named Seal. An actress named Raven. I personally know a woman named Gazelle, but that doesn't mean you have to keep the gag running. Try to keep the animals in the kingdom, and pick a baby name that's not so wild. And even if you prefer names of the cutesier kind, like Bunny or Kitty, it's still a risky move to stamp your child with a name that may not fit in her golden years. If she wants to brand herself when she becomes famous, leave that decision up to her.

Your child won't stay a baby. She will grow up and go to school. She will have to deal with teachers and peers constantly struggling with her name. Eventually she will need to submit applications and résumés to get jobs, and unfortunately names affect opportunities for hiring and promotion. The last thing you want to do is limit your child's potential because of one bad decision you made for her. Be fair, and remember shehas to live with the name you give her 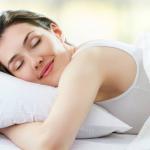 How Your Entire Body and Soul Benefit From…