6 ways you are unconsciously destroying your kids’ self-esteem

The things you do to help your kids may actually be ruining them.

I don't have to tell you that self-confidence is a key to success. You've experienced the power that comes with self-assurance. It enables you to feel capable of accomplishing things, and that feeling is the drive you need to actually accomplish them.

In this day and age, there are more and more avenues that destroy confidence. For example, social media can be a setting for bullying, or even just a place where we compare our lives with the picture-perfectness of friends and acquaintances. This bombards our lives at every moment because we always have access to this content through things like smart phones.

In other words, if your kids don't have a stable foundation of confidence, it is going to be a heavy challenge for them to conquer later in life. But believe it or not, there are many things you may be doing unthinkingly that are ruining your children's self-confidence.

Are you doing any of these 6 harmful things?

1. Saying their dreams are impossible

Kids haven't become hardened against the world yet. Your daughter really believes she can be a professional basketball player, and your son really believes he can win an Academy Award.

You may believe that by explaining to your daughter that her dreams are unrealistic, you're protecting her against inevitable rejection, but what she hears is: "you can't do it."

If you worry about your son having unrealistic expectations, you can explain to your son the steps to receiving an Oscar, so that he realizes what he needs to be willing to do to accomplish it. But make sure reinforce your belief that if he is willing to put in that effort, he can achieve his dream. Because, believe it or not, someone somewhere is going to win it, so why not him?

2. Telling them it's easy

When your son is frustrated trying to memorize his multiplication tables you might be inclined to say, "It's not hard, you can do it," to encourage him. However, wrapping his head around this new way of looking at numbers may in fact be hard for him. By telling him that it's easy, he may feel that something is wrong with himself because something that's "easy" is such a challenge for him.

Instead, validate him by saying, "Multiplication can be hard, but I know you can do it." This expresses confidence that he can do it in spite of the challenge. That way when he accomplishes it, he will see himself as someone who can do hard things.

3. Nit-picking your own looks

Most parents know that telling their child to lose weight is going to lower his confidence, but what many parents don't realize is that by saying the same thing to themselves, they are also affecting their kid's confidence.

When you look in the mirror and scowl or make a comment about how awful your thighs look, you are sending the message that appearance is important and you aren't measuring up to the standard (despite the fact that you probably look pretty great). From a young age, children soak this up and begin to define their own confidence in terms of their looks.

Your kids will face enough challenges from their peers and the media trying to define appearance standards. Do what you can to show your kids that this confidence isn't dependent on looks by not making your own appearance your priority.

While praise will definitely improve your child's self-esteem, when it becomes routine it actually has the opposite effect. So saying "good job" for every small thing your kid does isn't actually helpful.

In place of the phrase "good job," use more specific words and only praise behavior that required real effort.

You may think that telling your daughter that her cousin practices the piano without complaining is giving her a good example to follow. However, comparison makes your child feel like she's incapable of meeting your expectations and makes her constantly feel that others are better than her. Above all, when we compare, we have a tendency to measure one person's weaknesses against another's strengths.

Instead, realize that each child is an individual with unique abilities and strengths. Only compare your daughter to herself and focus on the positive.

For example, notice when your daughter scores 3 points higher at her competition than last time, or when she chooses to practice without being told. Don't have unrealistic expectations for your children. By building their self-esteem they'll be able to achieve even more.

Kids who are told they are smart tend to do worse on tests than kids who are told they put in a good effort. When we shift the focus from things that children have control over - such as how hard they work - to things that they don't - such as how smart they are - their self-esteem drops. It's frustrating to not feel like we have power over ourselves.

Instead of telling your son he is a natural artist, tell him you noticed how he put time into it. By praising things that he can control, he will have the confidence to know he can accomplish things.

If you're doing any of these things, your intentions are probably good. You want to help you kids be their best. But now that you realize that these things are doing the opposite, you can change the way you encourage your kids to help strengthen their self-confidence. 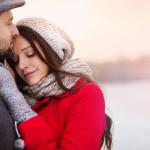