Although it may be difficult, teaching your child the facts about drug addiction is something you shouldn't avoid.

It's difficult to put the words "children" and "drug addiction" in the same sentence, but doing so is crucial. If we want to protect our kids from substance abuse, we need to educate them. In order to make smart life choices, teenagers - and even kids younger than 13 - need to know the reasons why they should avoid dangerous substances.

Pay close attention to these seven eye-opening facts about underage substance abuse - and make sure you share them with your kids.

1. Teenage drug use leads to addiction

According to Everyday Health, 9 out 10 adult addicts begin using before age 18. In the United States alone, 25 percent of Americans who started using addictive substances before 18 are still addicted as adults.

The developing teenage brain is part of the reason behind these adult addiction rates. According to Everyday Health, if substance abuse happens when the brain is more fully developed (like it is in your mid-twenties) you are less likely to become addicted than if you use earlier in development. The teenage brain creates a playground for addiction that could very well last into adulthood.

2. Drug use starts before high school

Today's youth have their first experiences with drugs and alcohol not in high school or even college, but in junior high.

According to a report by the National Center on Addiction and Substance Abuse (CASA), most teens first try cigarettes, alcohol, and drugs when they are 13 years old.

3. Underage drug use could lower your IQ

In addition to increasing your likelihood of adult addiction, teenage drug use may cause serious physical damage to the developing brain.

According to this NPR article, some studies show that regular marijuana use (once a week or more) may cause structural changes to the teen brain; more specifically, regions dealing with memory and problem solving. Alarmingly, this damage to the developing brain results in a lower IQ as an adult.

Prescription drug abuse is a nationwide problem, and more kids are unknowingly using them as a "gateway" into more detrimental drugs. The above-mentioned CASA research found that 15 percent of high school seniors have misused prescription drugs like OxyContin and Percocet. A staggering 90 percent of those kids who misuse prescription drugs go on to abuse other substances.

Inhalants (huffing) are among the few drugs used more by younger adolescents than older ones, according to NIDA for Teens. Children need to know that huffing household products like paint thinner or "whippets" can cause severe brain damage, or even death.

Long-term inhalant use is extrememly damaging. Inhalents damage nerve fibers in the brain that can cause permanent damage. Difficulting walking and talking (similar to the effects of multiple sclerosis) often result from damaged nerve fibers caused by long-term inhalent use.

The CASA report found that teen substance users (including users of alcohol, cigarettes, and marijuana) are twice as likely as non-users to have poor grades.

Even if you make it into a good college, drugs and alcohol abuse can cause academic problems- some 28 percent of college dropouts abuse alcohol.

Alcohol is still among the most commonly abused drug among teenagers. Life-long consequences are only part of the dangerous effects of underage drinking. Poor decision making, like choosing to get behind the wheel while drunk, or engaging in risky sexual encounters, can put many lives in danger.

Sharing this information about underage substance abuse and drug addiction with your own children, or any teens and older children you know can help lower these frightening statistics. Spreading awareness helps prevent kids from making bad choices that could ruin their lives. Though it may not be a fun conversation, these are things that need to be talked about.

Kitt Wakeley is a partner at Vizown, a women's treatment center in Oklahoma. He is extremely passionate and determined to help women overcome their addictions and live a clean, wholesome, happy life.
nextarticle 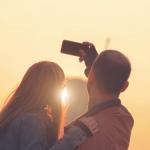