7 Lessons Learned From the Bible’s Joseph

The Bible Story of Joseph Exemplifies How You Can Face Adversity. Within This Scripture Story You Can Find seven Character Traits That Will Help You Face the Trials in Your Life.

Everyone faces adversity; it is an integral part of the life experience. Who you are on the other side of the trial depends on how you face it. In the Bible, Joseph, the son of Jacob, provides an excellent example of how to face adversity. Despised by his own brothers, sold into slavery by them and then wrongfully cast into prison by one who originally trusted him explicitly, Joseph could have grown angry, resentful and sought for revenge. Instead, he developed seven character traits that enabled him to come out of his trials a better person.

Often the first response to adversity is "why me?" Learning to accept the circumstances you are in helps you to better face the trial. Accepting his status as a slave, Joseph simply goes to work for Potiphar. And when he is cast into prison he again sets out to work hard. You must get over this roadblock and accept the situation. Only then can you move forward and away from the trial.

Joseph didn't seek to undermine those who enslaved him. He actually helped them to prosper. This happened in the house of Potiphar as well as in prison. They, in turn, recognized his talents and blessings. If you don't work hard through your adversity, others may never see your true abilities.

Joseph knew the Lord would bless him because of his dreams. So he endured these trials with patience, knowing the blessings would come. In tandem with that patience he also sought solutions. After interpreting the dreams of the baker and the butler he asked the butler to tell the Pharaoh of his predicament. After that, he continued to work hard in prison, trusting in the Lord's timetable. Remembering the blessings the Lord promises will help you to patiently endure.

When Potiphar's wife attempts to seduce Joseph, he flees. He is true to his moral code, even though no one is around. He understands that he must be true to himself and to the Lord. Had he accepted her advances, he may have saved himself from prison, but he knew that it would hinder him from the blessings of the Lord. Be true to who you are, even in adversity. That is the true test of your integrity.

When Joseph is called to interpret Pharaoh's dream, he could have taken credit for his gift. Instead he immediately gives credit to the Lord when he says, "It is not in me: God shall give Pharaoh an answer of peace." (KJV Genesis 41:16) Joseph had learned through all his adversities it was the Lord who was blessing him and helping him. He didn't take the credit for himself. After coming through a trial, you need to recognize whose hand got you through. It is the Lord's.

Joseph could have had a vengeful reaction to those who wronged him. He could have withheld his gifts, his talents and his abilities to bless others just for spite. Instead, he uses them to bless others. He helps Potiphar and the keeper of the prison to prosper. He interprets the dreams of the Butler and the Baker. He interprets Pharaoh's dream and then uses his organizational skills to save the Egyptian kingdom and by so doing saves his own family. He truly lived as Christ taught when he said, "Love your enemies, bless them that curse you, do good to them that hate you." (KJV Matthew 5:44) Being able to let go of the need for revenge enables you to truly learn from your trials.

When Joseph revealed his identity to his brethren he told them, "Now, therefore be not grieved, nor angry with yourselves, that ye sold me hither: for God did send me before you to preserve life." (KJV Genesis 45:5) He knew that his adversity had been part of a bigger picture and therefore he forgave them freely. When you forgive, you let go of all the bitterness and anger that can keep you from progressing.

Adversity helps us to develop and grow as a person. By seeking to develop these character traits, we can face those trials that come our way and overcome them with the same strength and grace that Joseph had. 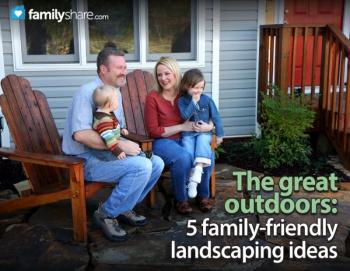