7 Parenting Lessons From the Greatest Generation

What Were the Parenting "Secrets" of These Remarkable People? I've Done Some Investigating to Figure It Out.

I had the privilege of knowing my Great Grandparents who had a farm in Chandler, Indiana. They both passed away when I was around ten-years-old, and in that first decade of life, they made a remarkable impression on me. We even named one of our sons "Chandler" to honor their legacy.

My Great-Grandpa was one of the toughest men I ever met. He had been a boxer in his younger days, and even in his late eighties, I was pretty sure he could whip just about any man around. He once pulled out one of his own teeth with a pair of pliers instead of wasting a work day going into town to see a dentist. True story! Despite his rugged toughness, he was also one of the most tenderhearted men I've ever known.

My Great-Grandma was tough too, but in a different way. She endured financial hardship, personal tragedy, and countless struggles, but maintained an unshakeable faith and resolve. They were far from perfect, but this remarkable couple remained committed to each other, to their family and to their faith through all life's highs and lows until the very end.

Theirs was called the "Greatest Generation" for many good reasons. As I've been reflecting on their legacy, I've marveled at how two uneducated farmers produced children who went on to become millionaires and respected community leaders. What were their parenting "secrets"? I've done some digging to find out.

Below are the principles my Great Grandparents passed onto their children. These parenting lessons haven't gone out of style. We've lost sight of some of these, but if you'll implement these in your own family, I'm confident you'll be giving your children a great gift and creating a world-changing legacy through your family!

7 parenting lessons from the Greatest Generation:

1. Work hard if you want to eat

If I tell my kids to make their beds, they act like I've committed some cruel from a child abuse. My Great Grandparents had their kids working hard from the time they could walk. They learned that hard work was a necessity to life, not a punishment. That work ethic carried those kids to great success in adulthood.

2. Focus on your responsibilities, NOT your "rights."

My generation seems to have a sense of entitlement about everything. We're always focused on our "rights," but we avoid duty, responsibility and commitment. My Great Grandparents taught their kids to embrace responsibility and accountability early on and it made a lifelong, positive impact.

3. Learn to resolve conflict without a referee*

With nine kids and a farm to manage, my Great Grandparents couldn't jump in to resolve every sibling squabble, so the kids learned that they had to figure out how to work it out on their own. My generation seems to panic at the first sign of sibling disagreement and we jump in to referee, but when we do, we often deprive the kids of the necessary life skill of learning to work it out on their own.

*Obviously, there are many times when parents need to step in, but I still believe we need to be more intentional about giving kids some opportunities to resolve conflict without our oversight.

4. TV is usually a waste of time

My Great Grandpa had a TV but it was only to watch Walter Cronkite do the nightly news and an occasional college basketball game. Great Grandma never watched it. She actually called it "The Devil's Box." The kids were taught that creating a life was more valuable than watching someone's else's life on TV. They may have been a bit extreme in their approach, but I believe all kids (and most adults) could benefit from a little "digital detox."

They survived the Great Depression and many other hardships, but they learned early on that whining is pointless and they had no tolerance for it. They taught their kids to have an attitude of gratitude and be thankful for their blessings instead. They had five sons who shared ONE bed, but nobody was allowed to complain. Those thankful hearts made their tiny house feel like a mansion.

6. Stay true to your faith and values

They taught their kids to be confident, but not cocky, to value people more than possessions, and to always stay true to what matters most. Any success we achieve at the expense of our integrity isn't real success.

Anything worth doing is going to be difficult sometimes, but difficulties are an opportunity to persevere; not an excuse to quit. Perseverance may have been their most important lesson of all. 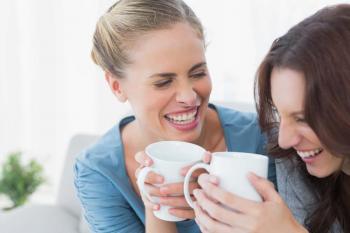