For the sake of transparency, you should know something - I'm a guy. As such, I've never been pregnant. Surprise! That being said, I've been doing some research on what happens to a woman's body during that nine-month hormone fiesta and I just want to say to all of the pregnant ladies out there: You're superheroes.

Here are some of the craziest things I learned:

1. Your skin tone will probably change

Crazy, right? It's called hyperpigmentation. This article reports that over 90 percent of pregnant women will experience it. It happens when your body starts to produce more melanin, which is caused by changing hormone levels that occur when you're pregnant.

Women with darker skin are more prone to it, and it can also be hereditary. If it happens to you, don't worry. It's normal. That being said, if affected areas start to itch or hurt, you should see a doctor.

2. The sound of a crying baby might cause lactation

It's called milk letdown. A crying baby can act as a sort of trigger, causing mom's milk to release - even if the baby isn't breastfeeding. This is most prevalent for new moms, but for some women it can start happening before the baby's birth when they hear someone else's child cry. Either way, it results in some embarrassing leakage. Sorry you have to deal with that, ladies.

You're going to have to push a newborn baby out of an orifice that happens to be a lot smaller than the circumference of the baby. Have no fear, relaxin is here! It's a hormone your body releases that actually softens the cervix and the joints around your pelvic bones in order to allow your body to give birth more easily.

Basically, relaxin turns your bones and organs into a complicated game of Tetris in preparation for the big push. It can have some painful side effects, but it makes birthing a lot more possible.

4. You turn into an airhead

Or ... lack-of-air-head. Many pregnant women become anemic (your blood thins) which means your blood is carrying less oxygen to your brain, which causes forgetfulness.

Some call it pregnancy brain. It can also be caused by the ebb and flow of certain pregnancy hormones or just the lack of sleep being pregnant causes.

5. You also turn into a porta potty

Yep, eventually your baby will urinate while inside the womb. But don't get too grossed out, the baby recycles it as they drink the amniotic fluid. Lucky for you andthe baby, going number two is much less common because solid foods aren't exactly on the menu. About 13 percent of babies will expel some waste called meconium, which can be dangerous for respiratory reasons.

Pregnant women are more prone to growing skin tags. You know, those little unsightly skin clumps that kind of look like moles (but they're not moles). Raging pregnancy hormones are the suspected cause.

Skin tags are harmless. If you want to get rid of them, you can talk to a dermatologist, or you can even just use some scissors and cut them off yourself (make sure they're sterilized).

7. You may experience metal mouth

Yet another victim of changing hormone levels - your sense of taste. Many pregnant women say they experience a metallic taste in their mouth, even when they're not eating. It's a condition called dysgeusia; it's super weird and a total bummer.

Did I miss anything? Comment below with all the weirdness that has happened to you (or your spouse) while pregnant. 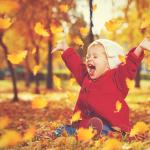 6 Tips to Get Your Toddler to Take…