Many Symptoms Can Indicate Pregnancy, and While Every Woman (And Every Pregnancy) is Different, Here Are a Few Signs You May Not Have Realized Could Mean You're Pregnant.

In TV and movies, women always seem to know the day and practically the hour they are due for their periods, so if they're late by a day, they announce they are pregnant. Most women in real life get the same idea after a few days or a week not starting their cycle.

However, a missed period isn't the only way to detect pregnancy. There are many other symptoms that can indicate pregnancy, and while every woman (and every pregnancy) is different, here are a few signs you may not have realized could mean you're pregnant.

It may feel as if you have a cold that won't go away or allergies are affecting you particularly badly, but as early as the second month, you can be affected by "rhinitis of pregnancy," according to Baby Center. Estrogen can make the mucus membranes in your nose swell, and because your body is making more blood, it can cause swelling of the small blood vessels in the lining of the nose.

It may seem obvious that a woman who's heavily pregnant will be a bit clumsy, but it's also true that a woman early in her pregnancy can feel off-balance. The hormone relaxin, released by the ovaries to soften ligaments and joints in the pelvis to allow room for the baby to grow and to be delivered, affects ligaments and joints throughout the body, as well, making your whole body feel not quite the same as it was, according to Fit Pregnancy.

Science doesn't yet prove that dogs or other pets can detect pregnancy, but many women have reported their pets started acting differently when they were pregnant. One woman in a casual poll said a Toy Poodle started sniffing at her legs all the time. Cats may sit near and rub against a pregnant belly. "Research suggests that some dogs can detect cancer by smell, so it's possible they could smell changes in your body during pregnancy, too," Baby Center notes.

If your husband's natural scent starts seeming unpleasant or the vegetables you've always loved suddenly smell too strongly to eat or even cook, blame it on pregnancy hormones again - this time it's estrogen that's the culprit, according to What to Expect.

Some women actually start looking with interest at dirt or laundry starch. A woman in the poll said she craved blue dish soap during pregnancy and had to stop buying it until delivery. It's unclear why this condition, called "pica," happens or how prevalent it is, but it is a symptom that can happen even early on.

Women do have more headaches when they're pregnant, especially at the beginning. Experts don't know for sure what causes them, but it's likely they're triggered by hormone changes, increased blood volume and circulation, and that increased sinus congestion, according to Baby Center.

Perhaps what may seem to be the strangest symptom is no symptoms at all. Some women truly have no symptoms of pregnancy, like the very common nausea, tender breasts or frequent urination. Even the missed period can be spoofed - many women have implantation bleeding at the time they would have gone through menstruation. 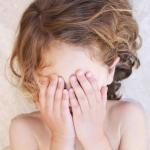 A Surprising Trick to Teach Your Child to…