A Child With a Strong, Positive Sense of Self is More Likely to Interact Positively With Others, Handle Conflicts Effectively, and Remain Optimistic.

A child with a strong, positive sense of self is more likely to interact positively with others, handle conflicts effectively, and remain more optimistic than one with a poor self-image. While the development of a healthy self-image is a complex and ongoing process, here are some thoughts that may be helpful to parents.

On the other hand, trying in vain - and trust me, it will be in vain - to persuade your child that you're perfect and always have been, does nothing to build her self-image. As an unfortunate result, your relationship will take a hit.

When you make it a priority to spend time with your children, you are teaching them that they are valuable and valued. Front yard sports, camping, school events, bed-time stories, face-to-face meal times at the table, and other such activities that allow child and parent to relate to one another (notice I didn't mention movies or other non-interactive activities) communicate the right things to children. Plus they're fun.

3. Teaching is a good thing

Telling a child he's done something incorrectly isn't an awful thing. It's called teaching, and done properly it doesn't erode self-image. It stands to reason that if a child is to learn that two and two is four, he'll also have to know that two and two is not five. While some contemporary teaching methods may suggest that you should accept your child's every answer or performance as correct, even if it's not, don't be deceived.

While we often think of feeling as the cause of behavior, perhaps we should consider that it is the result of behavior. James Lehmansuggests, "You can't feel your way to better behavior, but you can behave your way to better feelings." Children will be faced with problems and challenges, time and again. If their efforts to face up to them are supported by parents who encourage them to deal positively with imperfection and disappointment, they will learn that they can handle such things emotionally. They will learn to pick themselves up and try again without falling apart at the seams. The ability to cope comes with practice at coping.

Children know when praise is fake or contrived and they know when it's sincere. Make sure yours is sincere and in no way condescending. And make sure it's frequent.

6. The myth of consistency

While it's important to stick to your guns on principles, it's not possible for parents to avoid a certain amount of inconsistency that comes from mood, emotion, short-sightedness, busy-ness and error. But don't panic. Principles of learning suggest that behavior that is rewarded every single time will not persist as strongly as behavior that is rewarded only most of the time. So don't beat yourself up if you failed once or twice to jump for joy when your child tied her shoelaces correctly. Your inconsistency just may help strengthen your child's self-image. But be careful; that principle of learning works equally well on behavior you'd rather not encourage.

Competition too often takes a bum rap. Making sure everyone in a contest feels rewarded in exactly the same way regardless of outcome denies children opportunities to enjoy the thrill of excellence. In a child's early years, when the value of participation rightly trumps the pressure of competition, it's important to reward the effort of every participant in a contest; but with years, the reality of competition demands its priority, whether we like it or not.

Rigging things to assure an equal outcome, or rewarding everyone equally regardless of outcome, does nothing to promote a child's true sense of accomplishment or prepare him to deal with the unavoidable competitions of life. In successful competition the achievement becomes the reward. Without experiencing the genuine satisfaction of a job well done, a healthy self-image is at least elusive and perhaps unlikely.

Helping your child develop a positive self image is an ongoing process. Remember that no one is perfect, not even you. If you relax and do your best your child will learn from your example.

Haley is an acquisitions editor for Cedar Fort Inc.
nextarticle 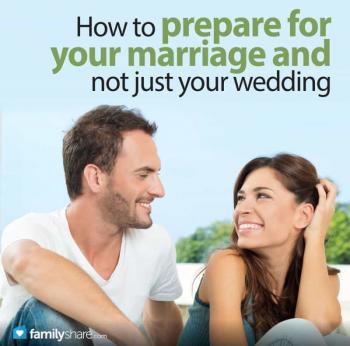 How to Prepare For Your Marriage and Not…