7 Warnings Before Publishing Pictures of Your Children on Social Media

We Are Often Pleased to Share Our Children's Accomplishments and Sometimes We Can't Help But Share Them With Anyone We Know. We Take Their Pictures With Our Cell Phones and Immediately Share Them on Our Social Networks. However, is This a Good Idea?

You have the right to share the good news with everybody: You have a son!

If you have a cell phone, you will probably want to share them immediately through every social network. However, is this a good idea?

Since Facebook and Twitter are two of the most popular social networks, it would not be worth it to prohibit or ban them. In less than 10 years, Facebook has made it possible for more than a billion users to be connected while Twitter has more than 600 million users. If we compare Brazil that has a population of 164 million and the United States with close to 400 million, these social networks could be very large countries, numerically speaking. In both cases, information is generated, transformed and circulated among other inner-virtual communities, such as YouTube, Instagram and Pinterest. Any message, photo and video that is uploaded is like a piece of paper in the middle of a storm. It will reach places that you cannot see. This is why it is necessary to control what is shared, especially when your children's safety is at stake.

In mid-June 2013, Ron Bowles, an expert in virtual safety, stated in his blog (skullsecurity.org) that he "borrowed" data from 100 million Facebook accounts. This is really scary. Bowles did this to prove there is a lack of safety with regard to the private information that we share in social networks such as phone numbers, addresses and email addresses. Can you imagine the amount of pictures that are shared in these places? Mr. Bowles offered to every Internet user an archive of 2.3 GB in the Pirate Bay website.

The Internet is similar to a shopping center. There are all types of users with diverse intentions ranging from an intellectual user who is only looking for entertainment to extortionists who obtain data that we naively give away.

Facebook has several security options for the users' privacy. Nevertheless, Internet has a basic law: if something really is private, then do not publish it. There may be many filters to avoid the access of materials or undesired contacts, but there is no substitute for sensibility.

In order to make pictures available for a proud grandmother who lives miles away, or the aunt and uncle who want to have your child's smile displayed on their cell phone; the best way would be by creating specific groups and carefully selecting people with whom you desire to share the pictures. My personal suggestion is to erase the image after a few minutes.

Twitter also offers an option to protect your tweets so that they cannot be seen by anybody unless you authorize them to "follow" you. Nevertheless, there is no filter to eliminate any images.

The following are some suggestions that you may consider when you want to publish your children's pictures in the social networks:

While taking pictures of babies when they are taking a bath is cute, or even if they are running with their diaper on, we should never do it. There are people with horrible intentions that dedicate their time to collecting pictures of infants with little or no clothing to satisfy their vile intentions. Pornography effects are terrible.

Avoid uploading daily images of your young ones

This is dangerous because it makes you vulnerable. You are exposing your family's safety.

If you upload pictures taken in your home to a site on the net, try to avoid taking it in a place where you show expensive items,TV, computers, even the car. The image can be seen by your friend's contacts (people you haven't met) and you don't know if any of them will be interested in your property.

The street name or the home's entry

When you share family pictures in public places, avoid any place that reveals where you live, such as the street name or the home's entry.

Pay attention to the way you name the pictures

This is the point where you share valuable information. For example, "Here I am getting out of the school (insert name), I always do it at 2 p.m."

Do not upload pictures of your babies or children in compromising situations,or with silly poses.

It may be common to turn into a shared joke a million times during Internet memes.

You must look after your children on the street and the computer.

Communicator fan who tells children about daily adventures of music and sports, likes to read and believes the most revolutionary act that can exist is to laugh.
nextarticle 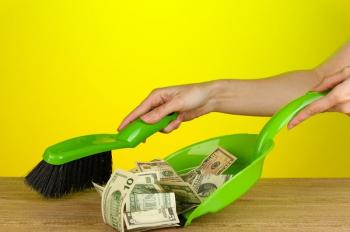