8 disasters to avoid when soothing a baby at night

Those early months of a parenting a baby are rough. Don't make it harder than it needs to be. Avoid these eight nighttime no-no's and finally get some of that sleep you've been craving.

Nighttime is the roughest time of day for new parents. They're already tired from a long day of working and caregiving and instead of getting a good eight hours of sleep, they'll get a few hours here and there between feedings, burpings and soothings. Those long dark hours can seem interminable.

There are some tricks, though, that seasoned parents learn in order to survive those early months of a baby's life. And there are some definite do's and do not's when it comes to nighttime soothing. Here are eight things parents should avoid when they're soothing a baby during the night.

Even a night light can be distracting to a baby, and turning on any bright light will signal to her body it's time to wake up. When possible, avoid having any extra light in the room at all or place a night light around a corner so the baby can't see the source of that faint glow.

Unless the diaper is soaked through or stinky, it can wait until morning. Cold air and wet wipes will only wake your little one up more. Dust on extra baby powder or Desitin before bed to prevent rash. You could also try using a diaper a size up or one that's designed for night use.

Just accept now that there will be many sleepless nights in your future. Be prepared to be tired and to function on less sleep than you've ever had. This isn't permanent. The day will come when the baby will sleep for longer stretches, and then through the night, and you won't remember those long nights anymore. You'll just remember holding and bonding with your baby and the sight of his angelic face as he slowly drifts to sleep.

Spit-up won't hurt anything, but you won't want to let your baby sleep covered in it, and you won't sleep well with its scent on your clothes. So use the burp cloth to cover your shoulder and shirt every time, even though it's a hassle. It's much more of a hassle to have to change everyone's clothes in the middle of the night.

Infants love the feeling of being swaddled - it feels to them as though they're back in the womb. You'll probably use the swaddle the first couple weeks and then get lazy and stop doing it. It takes extra time and effort, and as babies get stronger and more mobile, they fight it. But making that effort could afford you a few extra hours of rest between feedings or allow the baby to sleep longer in the morning. Trust me, with a newborn, you'll be willing to do anything if it means more sleep.

Being a parent is fun and rewarding, but it's also the toughest thing you'll ever do. Don't put all the pressure on yourself to get everything right or try tackling too much on your own. Accept help when it's offered, and ask for it when you need it. There's no medal for exhausting yourself past the point of reason, and you'll likely be less patient and understanding with your child if you don't enlist the help of others, even if it's just so you can squeeze in a nap during the day.

The night before, when it's still light, put away every single toy or obstacle in the path between the door and the crib. Trust me, there is nothing more maddening than finally getting your little one to sleep, only to stumble over some noise-maker as you leave the room, rousing the child once again. Make the path wide and straight. You'll tend to stumble more easily in the middle of the night.

Getting too stressed out

As the hours tick by, and you realize it's nearly morning and you've gotten almost no sleep, a certain amount of stress and frustration is understandable. After all, how are you supposed to survive another day if you don't get any rest? As a new mother, I worried constantly about my lack of sleep and wondered why the baby cried so much. What could I be doing wrong? Why did my friends' babies sleep through the night at three months and mine still woke up two or three times a night at six months?

The honest truth is babies cry, and it's normal. You won't always know why, but if you stop worrying so much and focus on giving your baby what he or she needs, the morning will come, and somehow, you do survive. 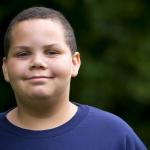 How Your Weight Loss Habits Are Making Your…