8 Disgusting Things to Tell Your Kids About Drugs

It's Important That Kids Know the Full Truth of What Drug and Alcohol Addiction Can Do to You. Here's Eight Things You Can Tell Your Kids About the Effects of Drug Use on Their Body.

Educating your kids about the effects of illegal drug use can be an eye-opening way to discourage them from using the drugs. Even though drugs might seem like a commonplace activity among their friends, your kids might be surprised to learn the truth behind what the drugs do to their body and mind. Here are eight disgusting things that you can share with your kids about using illegal drugs:

Using drugs will cause your body to age faster, and it will have a direct impact on your appearance. Drug abuse can make a person look at least 10 - 15 years older than they really are. Specific signs of aging can be impacted by drug usage, including wrinkles, age spots, dull skin and sagging skin.

Drug abusers often struggle with dental problems, such as rotting and painful teeth. The tooth enamel can start to wear away causing the tooth decay. Some drug users have all of their teeth pulled because of the rotting problems. Another common dental issue is gum disease, such as receding gums and ulcers.

Certain types of drugs, such as stimulants can cause insomnia. A person on drugs might go several days without sleep, which can be very damaging to their overall health and wellness.

Drug use causes damage to brain cells, and this damage cannot be repaired. Over time, memory loss occurs and it also hinders a person's ability to make good decisions. The brain damage can lead to other problems such as hallucinations and nightmares. It has been suggested that certain types of drugs might cause a person to lose twice as much brain matter each year compared with people who don't use drugs.

Drug abuse and depression go hand-in-hand, and it has been found that drug users are more likely to have suicidal depression. The drugs change the chemical and hormonal balance in the body, leading to mental health problems.

Some types of drugs might cause you to get the "munchies," which can lead to weight gain. Other drugs suppress the appetite, which can lead to drastic weight loss. If you want to maintain a healthy weight, then you need to stay away from drug use.

Certain types of drugs, such as Meth can cause sores or scabs on the skin. A person might feel compelled to pick methodically at their skin when they are under the influence of the drugs, which can cause scabs and sores that have a hard time healing.

Drugs Can Kill You

Death can occur in different ways because of drugs, even if the effects of the drugs aren't immediately apparent. Immediate death can occur because of a drug overdose, or the drug use might lead to death later on because of damage that is done to the heart, lungs, kidneys, and liver.

Talking with your kids about these harsh effects of drug use can help them to understand the importance of staying away from illegal use of drugs. Have you already started this conversation with your kids? 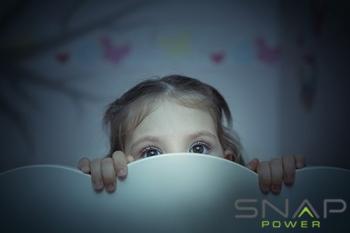