Learn to Leave the Toxic People and Drama Out of Your Happiness.

It's not easy to put up a screen around others, especially when you know you just want to be considered a friendly person. But it is better to defend yourself against toxic friends now, rather than have it poison your happiness later.

Society propels people to have characteristics we try to cut out of our lives. People are consumed by envy, pride, vanity and greed. That makes keeping your life full of positivity and happiness that much harder. It means avoiding those people who criticize, speak negativity and spread toxic emotions. Here are some effective ways you can be happier:

1. Speak and demand the truth

Telling the truth to others is important but hard. While it's not the easiest thing to do, holding back the truth only creates more damage. Pledge to be honest with yourself and with others. Rather than create speculation or assume what someone is thinking, go directly to the source and ask the truth.

Manipulation of any kind is toxic. Manipulators contort and twist your feelings to make you believe that you are at fault. This will only make you feel inadequate as a friend. If you get the feeling that someone is toying with you or trying to deliberately bring you down, cut that type of manipulation out of your life.

This will sound like a spiel from high school but if you want to have continual happiness, standing up for those can't defend themselves will bring good friends into your life. Bullies only seek to damage others; if you won't let them tease you or those around you, they won't hang around. Stand up for what you know is right and protect others around you.

When I first meet a person I like to take my time getting to know them and gradually let them earn my trust. I try to stay true to myself and my opinions. Toxic people will bully you for what you believe in or try to persuade you from believing in yourself. Don't let them persuade you to do or say things you know are wrong.

Someone who has trouble being themselves is harmful to a relationship. Do yourself a favor and keep away those who want to do everything exactly like you. Copycats like to start drama because they lack the confidence to stand on their own two feet. They want to bring down those they are trying to become.

While everybody loves attention, there is a difference between that and people who are not okay with switching the topic away from anyone but themselves. Count how many times in a conversation a person says "I" versus how many times they refer to others. This will help you notice how badly they crave attention; surround yourself with people who are interested in your life as well as their own.

7. Stay away from the drama

This is crucial if you want toxic people to remain out of your life; don't get involved with their drama. Don't gossip, spread rumors or even listen to these types of conversations.

If you are looking to be a happy and positive person, then surround yourself with people who are doing the same. People who attract positivity are those that put it out there into the universe. Spending time with those who gossip, criticize, bully and seek attention will only drag you down.

Treasure friends who will speak the truth and make you smile; those are the ones you will want to keep around. 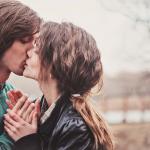 7 Signs Your Spouse is Controlling You (And…