8 incredible stories of forgiveness that will touch your heart

We've all needed to extend forgiveness at one time or another, but can you imagine forgiving someone who has changed your life forever? Here are eight examples how humanity proved love conquers all.

We all know we should forgive, but that doesn't mean it's easy to do so, especially when a person has wronged you in the worst possible way.

The following eight people were placed in the most awful of situations and faced with the choice to forgive, or not to forgive. Incredible as it seems, in each instance, they forgave.

The chemistry teacher in Libya 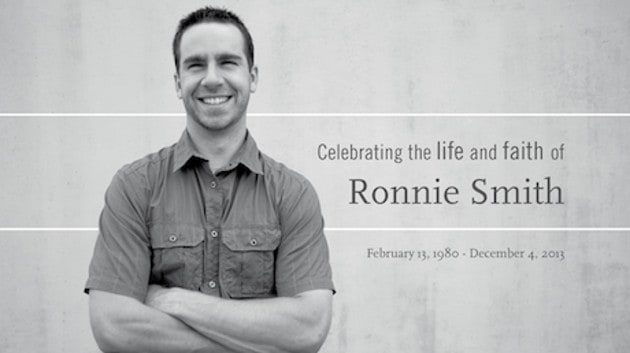 Anita Smith and her husband Ronnie moved to Libya because, "We saw the suffering of the Libyan people, but we also saw your hope, and we wanted to partner with you to build a better future," Anita said in a letter published on VergeNetwork.org. Ronnie was a chemistry teacher in a Benghazi school.

On Dec. 5, 2013, it all ended during Ronnie's morning jog when he was shot and killed by an unknown gunman. In Anita's letter, she addressed her husband's attacker, saying, "I love you and forgive you. How could I not? For Jesus taught us to 'love our enemies' - not to kill them or seek revenge."

In Iran, it is standard practice for families of murder victims to oversee the execution of murderer of their family member. They are also given the choice to pardon the offender. Such was the fate of a young man who had already served seven years for killing 17-year-old Abdollah Alinejad in a street fight, according to The Associated Press.

In May 2014, Samereh Alinejad watched as a noose was slipped around the neck of Bilal Gheisari, her son's killer. This was her chance to have the vengeance she'd waited seven years to have. Instead, she and her husband stepped forward at the last minute and removed the noose from his neck. Gheisari's death sentence was commuted and he will finish serving a 12-year prison sentence instead.

The push that changed a life 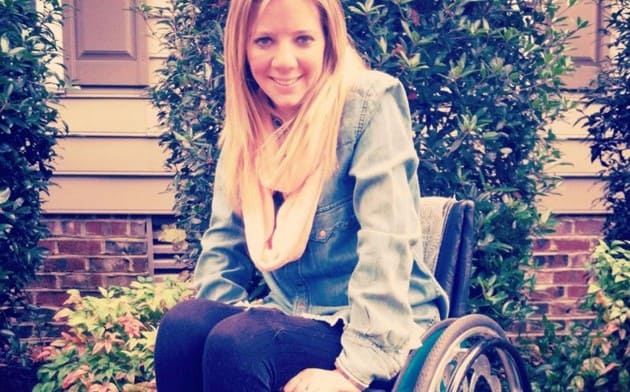 When Rachelle Friedman's bachelorette party ended, she and her friends decided to go for a swim. Playfully, one of her friends pushed Rachelle in, not thinking about how shallow the water was at that end of the pool. Friedman's head struck the pool's bottom and she broke her neck, instantly paralyzing her from the collarbone down.

Since that fateful push, Friedman's life has changed drastically, but she was able to go ahead with her wedding plans and marry her fiancé a year later. And she forgave the friend who pushed her in. "I love her and have no grudge," The Daily Beast quoted from a Q&A session Rachelle had on Reddit. "I'm not saying it's right, but I've horseplayed by a pool and pushed people. I've pushed her. What happened was an accident."

Marion Hedges was shopping at the mall for Halloween candy for underprivileged children when she was hit by a shopping cart pushed from the second story by two young boys. ABC News reported the woman suffered a serious brain injury, lost her sight in her left eye, was briefly in a coma and underwent weeks of physical therapy, but through it all she held no ill will against the boys. 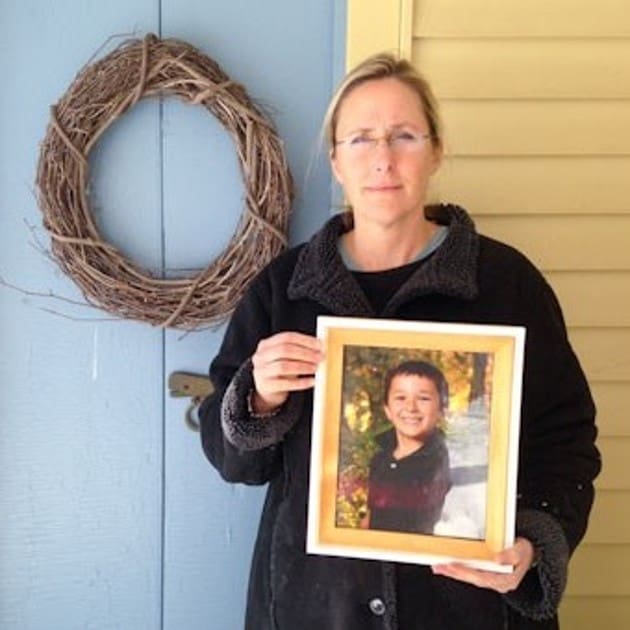 Scarlett Lewis' son, Jesse, was killed in the 2012 Sandy Hook Elementary School shooting, the biggest school shooting in U.S. history. At first, she said, she felt like her anger sapped all her strength and energy. She was angry at the shooter and at the mother for unwittingly arming him. But she made a choice to forgive.

She told The Forgiveness Project, "Forgiveness felt like I was given a big pair of scissors to cut the tie and regain my personal power. It started with a choice and then became a process." She urged mourners at Jesse's funeral to change their angry thoughts into loving ones, that thereby they might change the world.

Christy Jones thought her marriage was perfect until the day she received an email from a woman she had never met. "You don't know me, but I am no longer dating your husband ... I'm sorry for any pain I caused your family," the email read.

"I felt paralyzed," Christy told RealSimple.com, recalling the exact moment she read those words. Battling her denial, she called her husband at work, and he eventually admitted it was true. Adrian had had a four-month relationship with a woman he'd met at his job as a car salesman.

"Forgiving him was the hardest thing I've ever had to do," said Christy. "But his honesty made it easier." The two later went on to renew their wedding vows, and Christy said that today, "Our marriage is stronger for it. I have no regrets."

In June 2009, Dr. Chuck Sandstrom was overseeing the removal of an unregistered car from a rental property he owned in Akron, Ohio, when Michael Ayers, the owner of the car, confronted him. Enraged, Ayers punched Dr. Sandstrom, whose head snapped back, colliding with the brick wall behind him.

Sandstrom suffered a traumatic brain injury and continues to feel the effects of that punch to this day. However, during Ayers' trial, Sandstrom and his wife chose to join the defense, petitioning for a reduced sentence and access to treatment, work and school during his jail time.

Of his choice to forgive, Sandstrom told The Forgiveness Project, "People think we're special to have forgiven this man but trust me, my wife and I are not abnormally good people. What is true, however, is that the path of forgiveness can take ordinary people on an extraordinary journey." 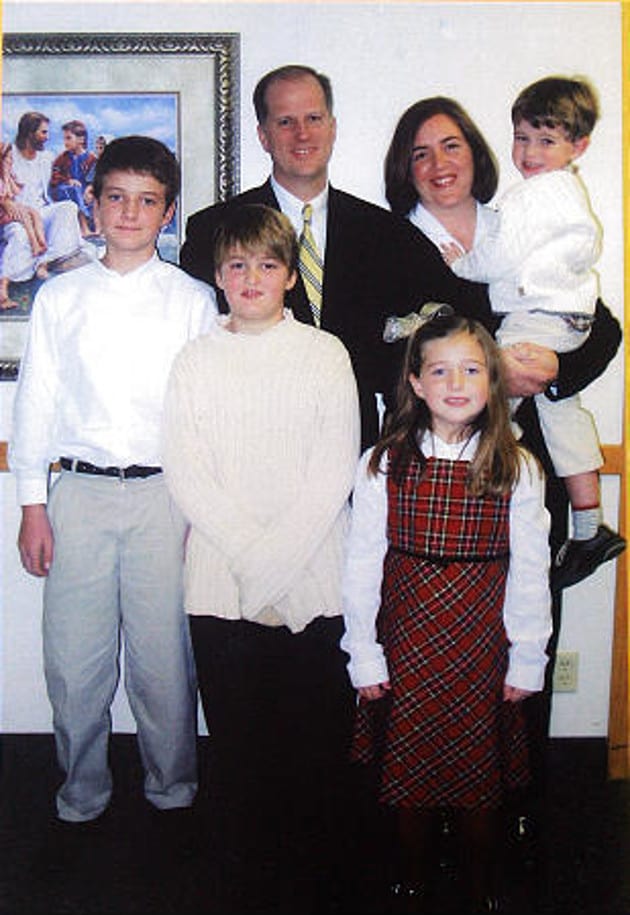 It was a cold night in February 2007 when the car holding Chris Williams and his family was hit by a 17-year-old drunk driver. Immediately, Chris checked on his children in the back seat and quickly realized his 11-year-old son and 9-year-old daughter had died. Then as he watched, his pregnant wife sitting next to him exhaled for the last time. Meanwhile, Williams was in so much pain he could barely move his arm to turn off his car's engine.

However, before he had even been rescued from his car, Williams told the Deseret News he had this thought: "Whoever has done this to us, I forgive them. I don't care what the circumstances were; I forgive them." He proved as good as his word, going on to publicly forgive his family's killer and developing a relationship with him and his family. Today, Williams is a motivational speaker, sharing his incredible story of healing and forgiveness and inspiring others to extend mercy and forgiveness as well.

"This is my experience with forgiveness, letting go, moving forward, and being healed.
What burden could you lay at the... 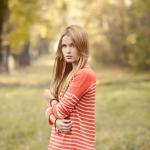 7 Signs You Are Pathetically Desperate For Love