8 Lessons You Can Learn From Difficult Children

Difficult children will test you.

Tenacious. Unwavering. Strong-willed. These are only a few words that some people use to describe their children. While it may seem negative and these traits don’t sound admirable, it’s not bad. These parents probably love and adore their children and are proud to have what some would call difficult children.

This concept may sound strange because raising headstrong children can be challenging. For example, you could have a 2-year-old who doesn’t sleep and always says no. They fling their body around and constantly wag their finger in your face. Maybe you have an 8-year-old who throws monstrous tantrums.

Still, there’s nothing wrong with being determinant, outspoken, and vocal. It’s a strength that will empower them, now and in their future. It’ll help them have a voice and be confident in themselves. Here are some lessons you can learn from difficult children.

Don’t apologize as much.

Some people are meager and meek as children, soft-spoken, and hardly raise their hand in class. They go along with the crowd because it’s easy, and they’re afraid of confrontation. When they walk the streets, they don’t say “hi,” but they say things like “excuse me” or “I’m sorry” instead because they feel guilty for existing. They apologized for everything because they didn’t want to be taken the wrong way.

However, having difficult children teaches you that you shouldn’t apologize or feel bad for existing. Instead, let your actions speak for you and show people you’re confident in yourself. So talk more and apologize less.

Be confident in yourself.

Most difficult children are powerful, intelligent, and always their authentic selves. They know what they want to be and do, which is inspirational. They embrace being uncomfortable and laugh unapologetically and loudly. Difficult children teach us that it’s okay to yourself and take up space.

There’s power in your voice.

Let’s say your difficult child and their friends get together for a playdate. They sing, dance, run, play and swim, having the times of their lives. However, one of their friends suggests playing a game, and your challenging child says no. You may see this as a negative, but think about it this way: they didn’t say no because they’re being mean, but because they didn’t want to play. Instead of causing an issue, the children move on to an activity everyone can enjoy.

Unfortunately, this won’t always be the case, and your difficult child won’t always get their way. However, you should be proud that they stuck up for themselves. They had an opinion and weren’t afraid to share it or use their voice. On the other hand, you should teach them that there is a time and place to voice their opinion.

Don’t be afraid to negotiate.

Another unexpected lesson from tenacious children is the art of negotiation. When you’re raising determined children, it will show you how to deal with tough situations with grace, poise, and a touch of craftiness. You’ll learn the art of negotiation and how to debate. It will also remind you to let the little things go and choose your battles wisely.

Having difficult children may be challenging, but they can teach you how to pause and stop. They’ll also educate you on how to step back and breathe deeply and slowly. While your children are acting out and being rambunctious, you may want to lash out at them. However, their behavior could be a lesson in handling yourself under pressure and learning to deal with tricky situations.

When you have strong-willed, stubborn children, things don’t always go as planned. For example, your 8-year-old may not want dinner some nights while your 2-year-old wakes up in the middle of the night, leaving you sleep-deprived. However, in those times when they wake up, you get to appreciate the stars and moonlight. You get time to read or watch your favorite T.V. show and get some snuggle time, which you’ll cherish forever. If you embrace the spontaneity of your difficult child, it’ll change your perspective and start to embrace the impulsiveness that comes with it.

Kids climb, jump, and get back up as if nothing happened. As a child, it’s expected rather than feared. Adults can also surrender and accept fear while diving into something new, but we’re less likely to after feeling the sting of failure. However, what if you tapped into your childhood days when caution wasn’t relevant? What if you acknowledged your fears, assessed the risks, and jumped in with a child’s confidence in learning something new?

You can still handle your responsibilities; being fearless isn’t about recklessness but being willing to take risks. If you put your fear into perspective, it may allow more adult exhilaration and self-discovery. Children aren’t afraid of anything; as adults, neither should we.

You can do anything.

If you have tenacious children, you should know that they’ll always be strong-willed. You can’t change or suppress them; it’s who they are. However, their behavior may change you in unexpected ways. If you’re patient, flexible, and go with the flow, you’ll appreciate the lessons you learned from your difficult child.

Having what some people would call difficult children isn’t for the faint of heart. It can drive you to the brink and make you feel like you’re losing your mind or doing something wrong. However, you should know that raising children looks different for everyone, and what works for you might not work for other parents.

However, you can learn things from raising difficult children and they may teach you about yourself that you didn’t realize. It may also help you recognize that your children aren’t difficult; they’re growing into their personalities and choosing to take up space in the world.

Most people are shy, timid, and afraid to speak up for themselves as a child. On the other hand, your difficult child is on the early path of speaking up for themselves and determining what they want. Instead of considering it a bad thing, try to consider it a good thing. 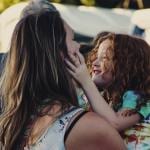 How to Find Balance as a New Mom