8 of the latest teen trends you shouldn’t trust

Teens Can Be Pretty Adventurous Sometimes. and It Looks Like 2016 Teens Are Doing Random Trust Falls to Prove It.

Well, they don't really trust you, either.

Teens across the United States are caught up in a new challenge called the #TrustFallChallenge, where they are walking up to people they know or don't know and doing random trust falls, in hopes that the person they're falling in front of will catch them.

And, as is the case with most of these online challenges, the #TrustFallChallenge has made its way online. Retweets for days. The trend is lit. They're getting swole and woke, as the teens say.

"It's fun and mostly harmless. Let's just hope no one breaks an arm before prom season," Mashable's Laura Vitto wrote.

However, trust falls can potentially cause more serious injuries. In jest, viral news site Distractify said that when someone doesn't catch you, you can "get a concussion" but "don't worry because you get mad retweets."

But don't let the retweets fool you - concussions are possible from this kind of fall, since your head could smack against the floor. Even simple bumps to the head can cause concussions, after all.

In the last decade, about 4 or 5 million teens have suffered from concussions from team sports alone, giving them permanent neurological issues, according to Head Case Company, a health management website.

These trust falls can be harmful if you're not careful or don't know how to do them properly. In 2013, one girl attempted a trust fall but fell forwards instead, harming her and avoiding her mom's catch.

In general, teen challenges can have dangerous outcomes, especially if parents don't help their children avoid getting involved.

Experts told our own Chandra Johnson that parents should look to take a proactive role in their child's social media habits, which will limit the chances that teens will embrace some of these potentially dangerous activities.

Parents can start doing this by making sure that their child feels comfortable asking them about any potential social media problem they encounter.

"You have to walk the road with them. It's like putting the oxygen mask on yourself first," parenting blogger Kay Wyma told Deseret News National. "If they're telling me about their day, I'll ask them how something made them feel. And if they're holding their phone I'll say, 'How does that make you feel?'"

To help parents understand which challenges are popular today, we've put together a list of potentially dangerous teen trends from the last few years.

Vitto specifically pointed to the plumping lips trend. For this challenge, teens across the United States puckered their lips to appear like Kylie Jenner. Jeff Leeson of Mashable wrote teens would specifically do this by sucking on shot glasses and plastic bottles.

As these things go, it had some disastrous results, with some teens bruising their lips.

Vitto also pointed to a challenge where teens tried to make people slip on banana peels. This challenge is exactly what you think it is.

There was also a trend in which teens made their own braces. In my article from last August, teens whose families couldn't afford real braces wrapped rubber bands around their teeth to help fix their dental problems.

The Dew and fuel trend

There were also some teens who decided to drink Mountain Dew mixed with racing fuel, hoping it would give them a buzz or high. But, as I mentioned in my report, there was at least one death caused by the drink.

In 2013, Americans embraced the cinnamon challenge, where teens would swallow scoops of cinnamon, leaving some children sick, poisoned or even with collapsed lungs, according to The New York Times.

To the water and restaurant

Back in 2014 there was a challenge called "To the water or a restaurant," where youngsters were challenged to pay for someone's meal at a restaurant or go jump in a river, according to The Huffington Post. One teen died from this challenge.

In May of last year, I wrote about how some teens supposedly embraced an online challenge called the Game of 72, where they were tasked with disappearing from their parents for 12, 24 or 72 hours. Later reports suggested this game was just a hoax, fueled by outrage from parents.

For more on teens and social media 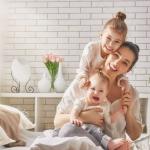 What She Really Wants For Mother's Day