8 reasons a college education is necessary

It has never been more expensive to get a college education in America. Here are the reasons why: According to the U.S. Statistical Abstract, the average annual income of an adult high school graduate is $31,000 per year. That is little more than hal

It has never been more expensive to get a college education in America. Here are the reasons why:

Before you break the bank to get a college education, consider a few things. Some colleges and universities are extraordinarily expensive. Some are exceptionally poor and will not change your income potential. Most Americans, however, have access to relatively affordable college tuition at state schools. Community colleges are often downright cheap and offer a quality education that prepares students to finish a four-year degree at a university. 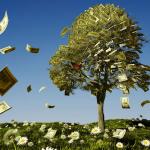 Buy This, Not That! Money Saving Tradeoffs