Grandpas Enrich and Bless the Lives of Their Grandchildren in Their Own Unique Way. They Play a Role That No One Else Can Play, and in so Doing Fulfill a Need That is Vitally Important to Their Grandkids' Well-Being.

We saw this with some of our grandbabies. For example, our baby granddaughter could be howling then grandpa would pick her up and start talking to her and she'd stop in mid howl. It has to be the fact that his voice is lower and gentle, and somehow sounds soothing to the baby. Must be that higher pitched voices don't register comfort as well. This is not a scientific study, just an over-time observation with a few babies we know well.

Grandkids love it when Grandpa pulls a quarter, even a nickel, out of their ears. They fully believe he has magical power. Heck, he can even pull it out of their sleeve. And better yet, he can make it disappear! If he starts this trick, he's in for it. The kids flock around him. Not only his grandkids but their friends. They want to show off their magical grandpa. He needs to be equipped with an endless supply of coins. After all, he can't possibly disappoint an adoring grandchild. And they love him for it.

Maybe it's because he isn't in the habit of telling the grandkids what to do as much as their grandma is. When only a few choice tidbits roll forth it may be that they are more memorable. Or maybe it's because he doesn't sugar coat it. He tells it like it is, in fewer words, thorns and all. That makes it stick in a kid's mind. Recently our adult son, whose own children are grown, gave a speech in church, and he told the congregation something his grandfather had told him more than 40 years earlier. Grandpa's gone now, but the memory is solid. He said, "Grandpa caught me doing something I shouldn't be doing. He took me aside and said, 'Mike, before you do something ask yourself what Jesus would do if he were in your place. Then think about it. You'll have a happy life if you do that.'" Of all the things he might have remembered from his childhood, he remembered those words from his grandpa. Grandfathers are authority figures and what they say matters.

Grandmas encourage kids to eat their fruits and veggies, but grandpas don't hesitate to order hamburgers for the whole bunch. Plain and simple, he spoils them. It won't hurt them since it doesn't happen often, and it may be his clever way of getting a hamburger for himself. The grandkids love it. Especially when it's followed up with an ice cream cone.

They enjoy sharing the funnies with the kids. Grandpas have their favorites and grandkids love it when they share and make them laugh. It shows them that life isn't always serious. We know a grandpa who is good at emailing his grandkids funny cartoons to brighten their day. He may not do it often, but enough to let them know that a sense of humor is a good thing in life.

Like, fishing. Especially if they're good at it. Our sons learned how to fish from their grandpa. He has a legacy of being the best fisherman ever. Grandpa could catch a fish when no one else could. It probably goes back to his magical powers. Not all grandpas are fishermen, but they're all good at teaching their grandkids some skill, like playing ball, fixing things, carving a whistle, etc. They like to pass on what they know.

7. Grandpas help when the going gets tough

As grandkids grow so do their problems. They need a little help from time to time and grandpas are good at giving it. It might be a need for $20 that grandpa seems to know about without being asked. It may be help in finding a car. When our college-student granddaughter needed a car, she came to grandpa for advice. She had saved the money for a used car but needed a little guidance. He went car shopping with her and showed her the ropes of buying a good one. Two years later when the brakes were going out, he guided her to a good repair shop, one that had helped us and would give her a good deal. Grandpas are good at that.

8. Grandpas show their grandkids how to live an honorable life

They've been through enough of life's challenges to tell the stories of their own lives in a way that inspires grandchildren to have integrity. They're good at passing on a legacy of determination, faith, and hard work. The loving way they treat the kids' grandmother shows them that love is enduring and worth working for. Their example speaks volumes to their grandkids.

All in all, grandpas are definitely priceless in the lives of their grandchildren. Maybe today is the day you say thanks to your own grandpa, or if you are one, work at being a really good one. Your posterity will praise you for it. 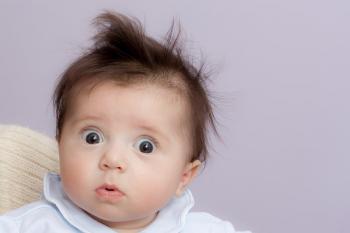 Ridiculous Baby Advice You Should Ignore