Video Games Can Provide Hours of Fun, But They Can Also Be Conduits of Bad Influences. as Parents, It's Your Duty to Help Your Children Make Good Decisions Regarding Their Choice of Video Game Entertainment.

In today's society, it's common for households to own two or three types of video gaming consoles with a variety of games for each. And, it is considered perfectly normal for kids to spend a couple of hours at a time playing said games either alone or with their friends. But do you really know what kind of games your kids are immersing themselves in? Do you know what kinds of messages, explicit or implicit, they might be learning during game play? Parents need to concern themselves with these questions and get involved with their kids' video game habits right from the start, before unintended consequences result.

The ESRB (Entertainment Software Rating Board) has developed a rating system based on what the appropriate age for each game should be. Briefly, here is an explanation of each:

stands for Early Childhood and has content appropriate for children age 3 and older.

stands for Everyone and is considered suitable for kids ages 6 and up. It generally has minimal violence and mild language.

is for Teen which is targeted to kids over age 13. More suggestive themes and stronger violence or language may be present.

represents a Mature rating which is meant for people 17 and up and could have instances of intense violence, language or sexual themes.

is the highest rating that stands for Adults Only. It will contain very explicit sexual or violent themes.

In addition to the rating, video games will also be labeled with "content descriptors"ť devised by the ESRB. Most of the descriptors are self-explanatory, but a few bear further definition. For instance, "comic mischief"ť means there might be "scenes depicting slapstick or gross vulgar humor. "Fantasy violence"ť refers to game sequences of violence "in situations easily distinguishable from real life."ť Games of higher rating will likely be labeled with other descriptors such as "strong language,"ť "suggestive themes,"ť or "use of drugs,"ť all of which indicate the game is not appropriate for a young audience.

Be present during game set up

This advice comes straight from the ESRB. In an informational pamphlet describing parental controls and online safety, the board suggested, "Parents should be around when the console is first set up so that their children don't activate parental control settings of their own choosing and secure them with a password or PIN that only they know."ť

These settings allow you to dictate, to some degree, the parameters of game play. Depending on the console, you might be able to restrict gaming based on rating, restrict Internet access, set time limits or prevent in-game purchases. The ESRB website contains information about what types of controls are allowed on each type of game console.

Many new games include an online component that allows gamers to interact with other real-life people. This can be a concern as there is no way to restrict what types of people or interactions your child has. In addition, online game play is not rated by the ESRB as game manufacturers do not control what type of interactions gamers have.

Any activity that is repeated over a period of time can become a habit and that includes video gaming. It's not healthy for kids to spend too much time in the type of sedentary activities that video games can lead to. Parents should set time limits on the amount of time children can play each day or week. You can also set up requirements - such as chore or homework completion - that are prerequisites for playing.

Keep gaming in a public area

According to a study published in the American Journal of Preventive Medicine and reported in the LATimes, "Compared to television watched in, say, a family room, the screen time a kid logs in his or her bedroom is linked, hour-for-hour, to more belly fat."ť

Know what your kids are playing

You don't have to be sneaky about it. Be up-front with your kids about the games they play. Ask them what each game asks them to do. You can also look up reviews on video games that give you ratings on violence and illicit material content and what age the game is most appropriate for.

Don't allow video games into your home without being aware of their long-term effects on your children. Video games can be fun and entertaining, but they can also introduce your children to negative influences. Your role as a parent is to be there to help them learn to make good entertainment decisions. 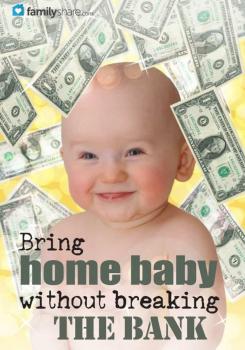