8 things you should never say to your teenager

Wondering How to Communicate Well With Your Children While They Nagiate the Tricky Teenage Years? You'll Make Things Way Easier For Yourself if You Can Cull These Buzz Phrases From Your Conversations.

Every parent has a faint horror at the thought of the teenage years, but when their kids are young, it's easy for them to dismiss those years as distant and irrelevant. The day will arrive, however, sooner than you think, and that sweet baby who once couldn't bear to let go of your hand will keep secrets, develop crushes, and even apply for college (perish the thought!).

So how can you help your teens (and yourself) through these rocky intermediate years? Start by knowing what not to say. Avoid these perilous phrases and half the battle is won.

"I'll be right there"

You say this and mean it at the time, but your kids hear, "I'm too busy for you right now." And the fact is, more often than not, you aren't "right there." One project or chore leads to another and it's been half an hour since they asked you for help and now the moment has passed.

Instead of this vague response, set a timeline for yourself and stick to it. Tell your child, "I need to finish this paragraph, but I'll be with you in three minutes." And when you're done with that paragraph, be there. Over time, you'll find your kids begin to trust you more because they see you follow through on what you say.

"You never do as your told"

Absolutes are a parent's worst enemy. Your teenagers will simply throw back at your examples of the one time they mowed the lawn without being asked or that one time they were actually on time for curfew.

If you need to provide constructive criticism for your teen, lead with a positive acknowledging that they don't always misbehave. Try something like, "I know last week you made sure your homework was done before you watched TV, but I noticed you're struggling with that rule this week. What can I do to help?"

Lead with this phrase and your teen will almost certainly check out immediately. Teenagers have this misbegotten idea that parents have no idea what they're talking about, so your arbitrary advice will be useless.

Psychology.com outlines a solution for this problem: the "Then, Now, How" formula. First, you recount an experience that connects with your teen (then). Next, tell her about what it's like when you face that challenge today (now). Finally, bridge the gap by explaining how you made the change. "Now they're ready for your advice," said psychology.com. "Let them behind the curtain a little bit. Give them a glimpse into what it really takes to overcome the problem."

"You'll understand when you're older"

Teenagers don't like to be told they're not old enough to understand something, and the truth is, they often can understand more than you might want to admit. Adolescents generally have the intellectual and emotional capacity to handle mature subjects, so don't brush them off when they try to learn more. They'll soon be full-fledged adults living on their own. Help them learn how to deal with difficult topics now while you have the chance to influence them for the better.

"Because I said so"

It's one of those sentences your mom or dad said to you and you promised yourself you would never say. But you can only face so many questions from a stubborn teen before resorting to this final answer. At least, that's what you'd like to think of it as. Your teen will just see it as an evasion because you don't have a better reason.

Instead, psychology.com recommends saying, "What would you do if your idea doesn't work?"This forces your child to make a plan, back up his or her reasoning and gets you off the defensive. Psychology.com also suggests, "Coach them through possible scenarios and ask lots of questions. Resist the urge to ... force feed them your ideas."

Most parents probably already know it's best to steer clear of comparisons and wouldn't use a bold statement like this one, but there are more subtle versions even the most thoughtful parent might fall prey to. For instance, "Are you sure you practiced the piano enough?" when a sibling is a really great pianist. Or, "Teenagers don't have to be rebellious, you know," which might be a subtle reference to an older sibling who didn't rebel in high school.

Try to take every child as a completely different individual without trying to compare him or her to each other to figure out what's normal and what's not. Everyone is different, celebrate your child's uniqueness.

"What did you do at school today?"

If you've ever asked this question to a teenager, you know the most likely response you'll get is, "school," or "stuff," or "ate lunch." Worse than this question are those with yes or no answers, like, "Did you have a good day?"

Be specific when you ask questions about your teenager's day. Shelley Emling, a mother and a senior editor for The Huffington Post, suggested, "You might ask 'Was the algebra test as hard as you thought it would be?' or 'Who did you sit with at lunch?'" Don't check out when they start to answer. Stay involved in the conversation and your teen will be more interested in talking in the future.

Stop right there. You've already admitted to a cardinal sin in the teenager handbook. You used the word "checking" which implies you're assuming they're going to do something wrong. Plus, they feel violated because you're doing it without their knowledge.

It's a good idea to keep tabs on your children's social media usage, but there's an appropriate way to go about it. Apps like WebSafety
allow you to monitor what goes on online without invading your kid's' privacy. Instead of "checking" on your child, you can receive real-time notifications about their mobile device activity, including bullying, pornography, and curfew monitoring.

It isn't something to do behind your teen's back, however. Let him or her know your expectations and what the app's capabilities are. They'll hold themselves doubly accountable because they know you'll receive notification if there's a problem.

Communication and interactions with teenagers can be difficult, but they are not impossible. Staying tuned into their lives might get you some pushback at first, but eventually they will understand that it's all out of love.
Using apps like WebSafety
will allow you to be able to do this, and to protect your teenager from some of the dangers that they might come across online. Their helpful features can send you notifications, real-time alerts, and many other helpful tools. Visit WebSafety
to download the app today. 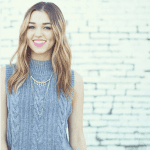