9 Bible facts they forgot to teach you in Sunday School

How well do you actually know the Bible? Take a peek to find out.

The Bible consists of 66 books written over the span of 1,600 years. So it's unlikely that everything is covered in Sunday School class. In order to fill in the gaps, here are some of the most interesting facts about the Bible that you may not know:

1. There are no physical descriptions of Jesus

The only allusion to Jesus' physical appearance is found in Isaiah 53.2, where it says, "He hath no form nor comeliness; and when we shall see him, there is no beauty that we should desire him." But that hasn't stopped artists, who have attempted to eternalize his image for centuries.

Some denominations believe that Jesus was an only child. However, James, Joses, Juda and Simon are all referenced as brothers in Mark 6:3, along with his mother Mary.

Actually, the Bible is a collection of books, which you likely already knew. However, what you may not know is that the Bible canon as we know it wasn't finalized until the 5th century, and it is not in chronological order. There were roughly 40 different writers who contributed to it.

4. It is the most shoplifted book of all time

The most ironic fact about the Bible? Many bookstore owners claim that the book that teaches "thou shalt not steal" is the most popular item stolen from their shelves.

5. You probably quote it every day

The Bible is arguably the most influential piece of literature in the English language. Modern day idioms such as "a broken heart," "by the skin of your teeth" and "go the extra mile" all have their origins in the Bible.

6. There are over 100 English translations

Though most translations of the Bible reflect minor differences, a missed word here and there can change an entire passage. One reprint of the King James Bible in 1631 made a mistake, omitting the word "not" in the sentence, "Thou shalt not commit adultery." The version was appropriately dubbed the "Wicked Bible."

7. We don't actually know how many wise men there were

Tradition has it that three wise men visited the baby Jesus, bringing with them gifts of gold, frankincense and myrrh. But in fact, the New Testament doesn't specify how many there were. Additionally, many scholars believe they didn't visit the Christ child until he was around 2 years old.

It can get mighty cold in Israel in December, so it's highly unlikely that shepherds would be "abiding in the field" at this time of year. It also would have been a very difficult time for pregnant Mary to make the 80-mile trip from Nazareth. Some scholars place the actual timing of Jesus' birth in the spring or autumn.

Judas Iscariot was paid thirty pieces of silver to betray Jesus. Scholars believe this amounts to about 120 days (or four months) worth of skilled labor,.

No matter your background or religious preferences, the Bible has a prolific history and spiritual richness. It still remains a beloved story for hundreds of millions of people across the world and has been told in countless derivations. The story continues to be told in NBC's new series, "A.D. The Bible Continues." 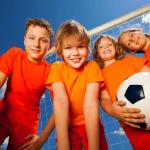 Seeing Stars: the Hidden Danger of a Concussion