9 Qualities of a Good Father

A Father Has Many Roles to Play, All Designed to Enrich His Life and the Lives of His Children. When These Roles Are Understood and Pursued With Determination, His Whole Family is Blessed.

My wife was also enjoying her new role, but was more attuned to being a parent. In fact, she told me during our courting days that she wanted thirteen children. I agreed. Of course, that was before we had one. Our journey to having children was different and took longer than we had anticipated. After five years of hoping, the idea of having a big family was diminishing. We would settle for however many we could have. The day finally came and we stood in the newly furnished nursery with our son in our arms. We were excited and humbled realizing our lives were forever changed.

Often the role of a father is hard to see in action. Due to the increased divorce rate and the abandoning of families, many children grow up without a father in the home. Also, there seems to be an increased effort in the media to trivialize the role of the father. Then you add the glorification of infidelity in marriage and one wonders what married life is all about. All of this combines to give an unclear picture of who a father is supposed to be.

Recently we were asked to teach a class on family relations and one of the subjects was the role of the father. The question was posed to the class: "What do you see the role of the father is?" As the class members responded, we wrote the responses on the chalkboard. The list began to grow and one father raised his hand and said, "Can we stop? The list is getting too big for me to carry." We all chuckled and realized it was getting to be a long heavy list.

Here is what a father is (no order of importance):

He is a steady provider and works to see that his family has the necessities of life.

He does everything in his power to keep the family safe from that which would injure or harm the family members physically, emotionally or spiritually.

He shares his knowledge and principles to help family members grow and develop.

He shows kindness, compassion and interest in the family members.

He shows by the way he lives an example of what the family stands for.

He is honored because of his moral character and actions.

He helps the children learn proper boundaries and consequences.

He does his part to help establish faith in God and belief in principles of accountability to him.

He shows love and respect and lives totally faithful to his wife. He shares the workload as a partner with his wife.

A journey of small steps

Becoming the father you want to be is a journey of small steps. You are never too old to learn and to change where needed. Look at the list above to see if we missed some point you think is important and then make your own list. Use the list as a checklist to see where you are in this journey. If there are a few course corrections needed, then begin with one area and make the small changes you need to get you to where you want to be. Then progress through the other areas so you can be the father you want to be.

The changes may seem awkward at first and will require persistence. This is your personal journey - the one you have chosen and want to succeed at. It will require devoted effort. There is a quote attributed to Ralph Waldo Emerson that says, "That which we persist in doing becomes easier to do, not that the nature of the thing has changed but that our power to do has increased." If you will remember this you will be successful in your journey to be the father you want to be.

9 qualities of a good father

Tag a dad you know who has these qualities! 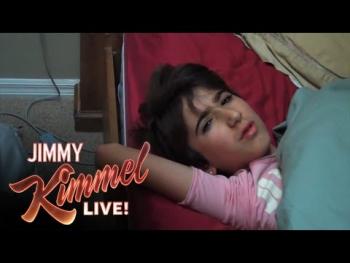 The Final Weeks of School: 3 Tips For…