9 reasons why moms are like mob bosses, only tougher

They're Basically the Same.

Moms and mob bosses. Though it makes for a catchy alliteration, these two have much more in common than just the letter "m." Each has their respective organization to run and their tactics for doing so are surprisingly similar.

Here are nine things all moms and mob bosses have in common:

1. Both are always packin'

A good mom is always packin' — she's packin' lunches, extra diapers, Band-Aids, sunscreen and whatever else might be needed. You name it, she's got it.

Whether it's to fix the dryer or clean the carpet, every mom knows a guy. His name and number are on the fridge next to a coupon for $10 off his next visit - though she'll talk him into $15 off by the time she pays.

3. Both can appreciate a good rat (tattletale)

Whether something went wrong down on the docks or someone tracked mud throughout the entire house, these are the kind of things the boss needs to know about. And make no mistake, they will find out who's responsible. There is always a snitch willing to talk; usually it's the youngest. Moms and mobsters both share that uncanny ability to stare someone down until they crack.

4. Both constantly have money on their mind

Your typical mob boss is always looking for ways to bring in more cash, while moms try to make what little green they have last longer. Senior accountants wish they could stretch a dollar like most maternal beings do on the daily.

Coupons, discounts, promo codes, reward points and referral bonuses are just a few of the many methods moms use to pull off such a seemingly impossible operation.

5. Both know how to deal with loan sharks 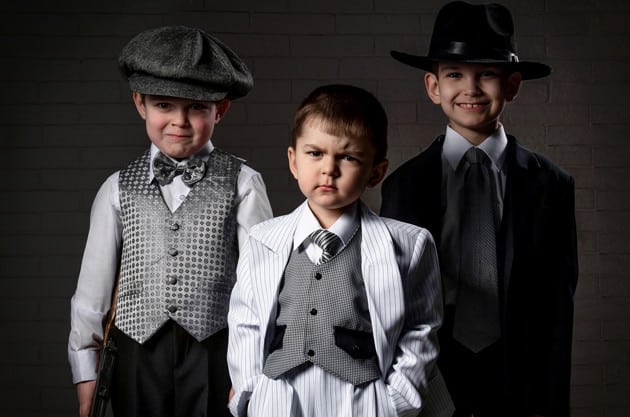 That crazy librarian keeps calling about overdue library fines, the kids' yearbook fees have to be in by next week and that overly persistent little girl scout just won't quit. These loan sharks would strike fear into the heart of any mob boss, but they don't scare moms. Mom knows how to deal with them and she'll find a way to make sure they all get paid - and she'll even do it without sending her boys after them.

6. Both have mad skills when driving the getaway car

Be it a mom's minivan or a mobster's Rolls Royce, it really doesn't matter. Both serve the same purpose: efficient transportation.

The mom boss is king of the road. She knows every backroad and side alley in town. Running late for piano lessons or soccer practice? No problem. Mom will defy the theory of relativity and find a way to get you there on time while still obeying all traffic laws. Buckle up kids.

7. Both know how to get blood out of a shirt

This is a highly underrated, but essential, skill. Though the cause of the stain might be different, both moms and mob bosses know how to get the red out of the threads. Their secret: Cold water and hydrogen peroxide. Maybe even some ammonia if things get real messy. Then it's gone forever. Forget about it.

8. Both are experts when it comes to fine Italian cuisine 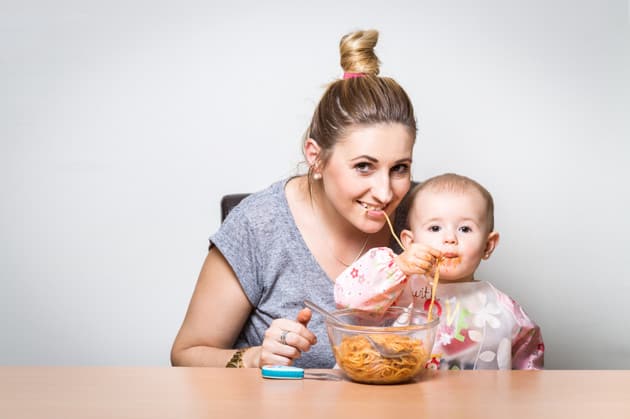 Pasta e fagioli, tortellini and bruschetta are among those favorite meals of any mob boss. And like mob bosses, every mom shares a love for fine Italian cuisine. Though you probably won't find any of the previously mentioned dishes in her kitchen, you can definitely count on finding frozen pizza, Chef Boyardee, Spaghettios and an unlimited supply of angel hair pasta.

9. Both understand that family is everything

Of all the things they have to worry about, nothing is more important than family to moms and mob bosses alike. Nothing. If you mess with one, you mess with all.

At the end of the day, moms are the ones who ensure that everyone is looked after and taken care of. A mom will fight for her children at all costs. Vinny won't even protect his cousin like a mother will defend her kids. Real talk. 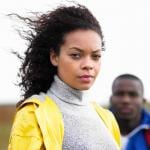 How I Almost Had an Affair