9 Topics to Consider When Choosing a Baby Doctor

Choosing the Right Doctor to Help Bring Your Little One into This World Doesn't Have to Be Overwhelming. Here Are a Few Topics to Help Make the Decision Process a Little Easier.

Editor's Note: This article originally appeared on Katie Clark's blog, Clarks Condensed. It has been reprinted here with permission.

In the Healthgrades.com 2013 Women's Health Report, they emphasize the importance of making educated healthcare decisions in order to have the best outcome. I found this report to be very informative, as it focused on the best hospitals in the country for women. The part that stood out most to me was the section on maternity care. It talks about different complications that can arise from different kinds of births. I learned quite a few things that I hadn't heard before, and I highly recommend reading it as well.

When choosing the healthcare provider who will help you throughout your pregnancy, I highly recommend checking out websites like Healthgrades.com. Here, you can find out all sorts of information about potential physicians, hospitals and practices. When I was trying to find an OB-GYN, I consulted with Healthgrades, and it was one of the most helpful websites I found. It's pretty comprehensive, and I've been able to find information for just about every doctor I've ever wanted to look up there.

It's important to find a doctor early on, because quite often, OB-GYN offices are scheduled out several weeks. I would recommend calling as soon as you find out you are pregnant, just to make an appointment. In case you aren't sure what doctor you want to go to, here are a few questions you can ask beforehand (if the doctor you want to go to allows that) or take note of during your first appointment. If you want to change, doing it early on is better than at 38 weeks.

Not only should you ask the C-section rate of your physician, but of the hospital. Before I had Jack, I was able to find a report for hospitals on maternal care, and I was pleased to see that the hospital I delivered at had a lower rate than other hospitals in the area. While I'm not opposed to C-sections, especially in emergency situations, I know that overall, it's better to avoid them if they aren't necessary.

This really will depend more on the hospital you deliver at, in my opinion, since the obstetrician really won't be there until you are about to have the baby, and it will be the nurses asking you about pain relief. However, I still did discuss pain relief with my doctor, and I was glad that we were on the same page. Basically, I told him I wish I could have an epidural before I even went into labor, and he said he was glad I wanted an epidural (mainly because I withered in pain whenever he did any checks.)

How long they've been practicing

I'm not saying that going with a relatively new OB-GYN is a bad idea. On the contrary, they probably have the most updated information, seeing as they just graduated. However, I do think that experience can be important, especially if you are having a high risk pregnancy. For me, it gave me great comfort that my doctor had been practicing for 40+ years and had a ton of experience under his belt.

Not every doctor is willing to perform a VBAC, so if that is your goal, it would be wise to ask if your doctor will be willing to do one. There are some stipulations behind these, and it's important to make sure you are a good candidate for one. If there is no reason you shouldn't attempt a VBAC, then definitely make sure you find a doctor who is on board!

If you have had a high risk pregnancy in the past, or may have a higher chance of having one for some reason, definitely talk with potential OB-GYNs about this. You definitely want a physician who has had experience with your particular situation. You can find ones in your area by looking around on the Internet, calling local offices, or even calling hospitals.

The idea of delivering a breach baby will probably freak most people out, but it is possible. However, many doctors won't do it, and that's probably a good thing. However, there are some very experienced doctors that can successfully do this, and if you want to avoid a C-section at all costs, you can look around for someone like this. My OB-GYN told me that when he gets to deliver a breach baby, it's like Christmas to him, and explained to me that it used to be the norm, but then a few doctors didn't know what they were doing, and gave it a bad reputation, even though it can be safely done.

Where do they deliver

If there is a particular hospital you want to deliver out, definitely make sure your doctor delivers there! Even though my doctor's office was right next to a hospital I had assumed I would deliver at, I found out at about 30 weeks that my doctor didn't deliver there. I was a little taken back by that, since it was right next to our house, but I was later grateful for where he did deliver. However if you do have a specific hospital you want to deliver at, one of the first things you should ask is if your doctor will deliver there!

Just because you see a certain OB-GYN throughout your pregnancy, doesn't mean they will deliver your baby. I saw a doctor who was in his own practice, but he was in a co-op of sorts with a few other doctors, and they took turns covering weekends. I mean, obviously, a doctor is human and doesn't want to be on call 24/7. They need time off, too! Make sure to ask who the potential delivers of your baby could be. And, after you do that, be sure to check out their record, too! One would hope a doctor would work with physicians who have similar skills and philosophies, but that may not always be the case.

I'm sure there are a lot of other questions you can ask, but I feel like these ones can give you a good, solid perspective on your potential doctor. 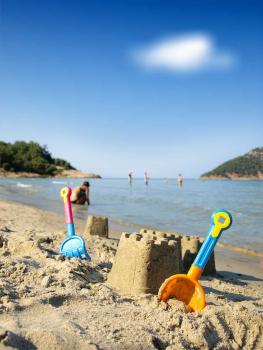