A Father’s Unique Ability to Teach and Inspire His Children

Fathers play a critical role in the lives of their children. I know this as a Marriage and Family Therapist. But sometimes there are real life examples that teach this better than any book or therapist. I had one such experience when my family and I went to a skate park near our house. My children who are 8, 5 and 3 love riding bikes and they have been experimenting at the skate park ever since they found out about it. With their awkward ability at bike riding and endless energy that goes along with their age, you can imagine the fun we get up to.

This weekend while my 8- and 5-year-old were having a blast trying out the bunny hills and dips at the park, my poor 3-year-old son was feeling a little left out sitting there by himself in our bike stroller. As a father, I could just see it in his eyes. Sure, he looked content and was smiling, but I could just tell he wasn't having as much fun as he would like to be. I'm his father. I know these things.

Seeing his obvious sadness that only a dad could see, I did what any good dad would do. I put the attachment on the bike stroller that turns it into a regular stroller and started taking him over the bumps, dips and bowls of the skate park. Sure, I got a lot of weird looks pushing a stroller around the skate park, but as a good dad, I felt it was my obligation to make sure my 3-year-old was having as much fun as his siblings.

At first he was scared and I got some cross looks from my wife, but after a few tense whimpers going down the dips he started to get quieter. Then he started to giggle. Then he started to tell me which bumps he wanted to go down. He even began telling me to go faster. That is, until I lost control of his stroller and it ended up tipping over and giving him a nice goose egg on his forehead. Yeah, it wasn't my proudest moment as a parent. But we sure had a lot of fun up to that point.

After the crying stopped, the stroller was put back upright and we started heading home, I realized that I was doing what good dads do. No, we don't give our kids goose eggs. But we teach our children to imagine. We teach them how to overcome barriers and how to make games out of things. We teach them to take risks and to fix anything that goes wrong because of those risks. And most importantly, we are there for them when they do all this.

Research shows that dads are important. Through "rough and tumble" play that dads are famous for, children are excited at one moment, scared at others and calm and safe at others. This is shown to teach them emotional regulation. Also through this rough and tumble play, children learn spatial reasoning by being lifted, tossed, spun, etc. This helps them learn distance, coordination and their physical place in the environment. Fathers teach their children to take safe risks - such as when they're helping their children learn to ride their first two-wheeler. And there are a number of other things that fathers do for their children that are just irreplaceable.

Unfortunately, there are situations where fathers just aren't involved with their children as often. Whether because of divorce, death, deployment, etc. sometimes fathers just aren't there. And when this happens, thank heavens for capable mothers. Take a moment to appreciate all that your father does and did for you - goose eggs and all. 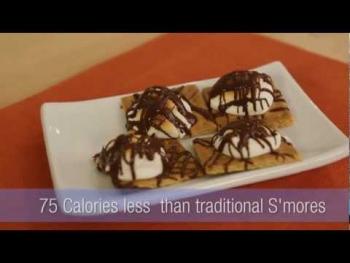