How many times a day do you say "no" to your kids? It may surprise you. So many of children's requests are denied - usually justifiably so. We want what is best for our children, and sometimes that means denying them what they want at that moment. But with this barrage of "no's" continually hitting them head on, it's no wonder they become belligerent and resentful. Wouldn't you? Didn't you? There is a better way.

When it's not worth the fight

Sometimes, the best option is to say "yes." If it's something that doesn't really matter, why not? For instance, after setting out your kindergartner's clothes to be worn that day, she emphatically says, "I don't want to wear that pink shirt. I want to wear the purple one!" Knowing that the purple one doesn't match the pattern in her tights you say, "No. It doesn't match. You're wearing the pink one!" Why make an issue of something so insignificant? Just say "yes" and let it be. Nobody's going to consider you the anti-fashion mom. That's not what it should be about anyway. Save your no's for more important issues.

Validate your child's wishes without giving in. Let's say your young teenage son hasn't done his chores for the past week, and you tell him he has to do them before he can go out. Just after the ultimatum, his friend calls and invites your son to go snowboarding with him and some other friends - and they're coming by to pick him up in 10 minutes. He begs you, "Please let me go. I'll do my chores after I get back." You've heard that story before and know it won't happen. That's the moment you are sorely tempted to blurt out the automatic, "No! You haven't done your chores and you're not going! End of discussion. Now get busy!"

How about this instead: "That does sound like fun. I wish you could go. Maybe another time when your chores are all done. In the meantime, let's go over the list of chores you need to do this morning. They need to be done by noon." Now comes the option, "If your friends want to postpone the time and come by after that then you can go. If not, I guess it will have to be another day."

No harsh words are spoken, but still there is no question about what has to be done. Keeping calm and biting your tongue before any biting words escape is the key. You have said no without saying the word no. It takes the sting out of the conversation. We're not saying the boy is going to be happy about the outcome, but he will feel more love and understanding coming from you. Don't be afraid to throw in a hug to seal the deal.

When you're working with little kids

This technique is equally effective with little kids. Once, I was in the grocery store, unobtrusively observing the actions of mothers and their kids at the candy isle. One mother's little boy, probably about 4 years old, saw the candy and ran to his favorite, shouting, "Look, Mommy, M&Ms!" As he was about to grab a package the mother grabbed him and said, "No! I told you we're not buying candy today." He screamed, "I want some M&Ms!" She yelled back, "I said no! You eat too much candy. It's bad for your teeth. We're not getting any so stop bawling!" He dropped to the floor and went into full tantrum mode. The mother grabbed him again and went into her own kind of tantrum, shouting, "Stop it right now or I'm going to spank you so hard you'll never forget it!" It was not a pretty sight as she carried off her screaming child.

A few minutes later, another mother came by. Her little boy did the same thing - ran toward the candy shouting, "Look, Mommy, M&Ms!" This wise mother stooped down to his level and softly said, "Oh, don't those look good." He nodded yes and smiled. Then she said, "I wish we could get some, but we can't today. I'm going to remember how much you like them. How about we tell Santa about them and maybe you'll find some in your stocking for Christmas?" He knew she heard his wishes and, even though he couldn't get the M&Ms that day, his mother offered hope for a future time. They happily went about doing the rest of the shopping.

What a difference a little validation makes. All it takes is putting yourself in your children's shoes for a moment - seeing things from their perspective. It doesn't mean you say "yes" to their every wish; it just means you say "no" by using the magic of validation.

*For more on communicating with children using validation, see the Lundberg's book, "I Don't Have to Make Everything All Better." 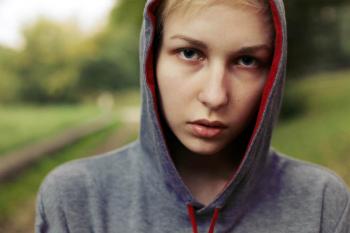 Drugs in Your Kids Room: 7 Things You…