Many Parents Are Furious That Little Children Will Receive Blows From a Wooden Paddle For Even Small Misbehaviors.

Apparently we're back in the 19th century, because corporal punishment is still a thing and teachers haven't stopped inflicting physical punishments on their students.

The Three Rivers Independent school district in Texas recently began allowing school administration to carry out student punishments via a hard-hitting wooden paddle. The blatant comeback of corporal punishment to this school district is shocking many parents.

Nearly every parent has learned their child misbehaved one time or another at school, but surely we'd all be upset if their teacher did anything to physically hurt them as punishment. Luckily, even though the Texas school district approved to bring back the disturbing form of discipline, they also determined that the paddle won't be used on any kids whose parents didn't give permission.

For those children whose parents opt in for corporal punishment, they will be subject to the blows of a wooden paddle for even minor infractions, including disobedience or failure to follow classroom rules.

The man who started it all

Andrew Amaro, the Three Rivers Elementary School's campus behavior coordinator, is the one who proposed bringing back corporal punishment in the first place. A native of the school himself, he says he remembers being punished the same way as a child.

"I believe it worked," Amaro said. "It was an immediate response for me. I knew that if I got in trouble with a teacher and I was disrespectful, whatever the infraction was, I knew I was going to get a swat by the principal."

Amaro says he hopes the new disciplinary measure will have a more immediate effect on students than in-school suspension or detention.

It's not just Texas

Fifteen states allow school administration to paddle their students, while eight other states don't specifically allow it but have no laws or regulations prohibiting it either.

School district administrators in Texas are shopping for a couple of paddles. https://usat.ly/2twVa52

The fact that almost half the 50 State's governments do nothing to protect children from getting physically abused while attending public schools is surely alarming. Especially since it's been recognized time and time again that corporal punishment is not only non-effective, but it's damaging to children's learning environments.

The problems with corporal punishment

According to the National Center on Safe Supportive Learning Environments at the Department of Education, punitive school discipline (which includes corporal punishment, suspension, etc.) does not improve student behavior or academic achievement.

"Schools that approach school discipline punitively affect the overall school climate, creating a more negative environment for all students, including those without discipline issues," says the Center's site.

"It is essential that all students have the opportunity to attend schools that provide a safe environment where they can thrive and fully engage in their studies without the distraction and worry about physical safety concerns."

At the end of last year, U.S. Education Secretary John King wrote a letter to Governors and Chief State School Officers urging all states to cease all physical punishments for school students, saying corporal punishment "harmful, ineffective, and often disproportionately applied to students of color and students with disabilities."

Reactions to the news varied greatly, from excitement to horror.

"Look when we were in school, they still used paddles," said Dellanira Herrera. Hence why our generation Was the last generation of respect! I say bring it back, maybe that'll get these kids to start learning something about respect again."

Brian W. Williamson agreed, saying "this is excellent. Finally getting back to immediate consequences for bad behavior."

Many others strongly disagreed with the Texas school district and corporal punishment in general.

"Unbelievable! Really!!" Darcy Schwerin said. "This is what our culture thinks is appropriate? This is NOT how we should be raising our children! I'm literally sickened by this."

One man came to his opinion from personal experience: "I taught in Texas for two years, and they used corporal punishment," Colleen Trumper Geisen commented. "The reason I didn't stay three years is because of the way the cycle of ran ... kid gets paddled in office, pink slip goes home to report it, kid comes back to school with bruises afterwards ... kid continues to hit classmates. School should not be part of cycle of abuse!"

Should corporal punishment be brought back, or should teachers be prohibited from physically disciplining a child? Tell us your opinion. 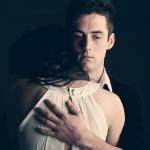