After 5 months of living with an incurable disease, this baby is miraculously back in his mother’s arms

Peter was diagnosed with biliary atresia. This disease traps bile (which helps digest fat and carries out the waste in the liver) inside the liver, causing the liver to get damaged and eventually fail. Biliary Atresia occurs once every 18,000 births accord to Stanford Children's Health.

The instant doctors discovered that Peter had this incurable disease they hospitalized Peter. He underwent surgery to reroute the bile ducts to the intestines and remove the gallbladder, but this was only a temporary solution.

Follow up appointments revealed that Peter would need a liver transplant and quickly. The family decided Peter needed to go to Atlanta, which is about four and a half hours away from Mobile Alabama.

During the Christmas season Peter's mom, Brigitte Ganucheau, traveled in between the two cities. Hoping her son would receive a compatible liver before it is too late. Eventually she moved into the Ronald McDonald Egleston house with Peter. The rest of the family traveled up to Atlanta to visit when they could.

We are officially moved to the Ronald McDonald Egleston house.

GG came to visit us on Friday afternoon. God truly...

During the days before Feb. 1, Peter seemed to improve a little, but not enough to get him out of the danger zone.

Your prayers were heard. Thank you! 😊

Our sweet little Peter is starting to feel so much better. He was up and playing...

Finally, a much prayed for miracle occurred, and on February 1, the family found out Peter was going to receive a transplant.

We got "the call" last night, and Peter is heading into surgery for the transplant. Please keep us in your prayers!

"My oldest son just beamed! He said, 'we have a new liver!'" Adam Ganaucheau, Peter's dad, said to Fox10 News. "He was just so excited and over the moon and happy and ecstatic that we were one step closer to being together as a family again."

Around 7 p.m. on Feb. 2, Peter was wheeled back for surgery. At 2 a.m. on Feb. 3 the doctor declared the surgery successful.

"Thank you for all your prayers. We know heaven has heard them" said a post on the family's support Facebook page called Team Peter G.

By Feb. 4, Peter was back in his mom's arms, with a lot less wires connected to him.

On Feb. 5 Peter was moved out of the PICU. He started breast feeding again, playing with his toys and overall making excellent progress.

Peter is making excellent progress!
He came back from his operation with two drains from his abdomen. One of the drains... 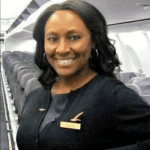 A Note Left in an Airplane Bathroom Saves…