After her husband abandoned her and her 6 kids, this dying woman begs her friend to take her babies when she’s gone

They Didn't Get the Miracle They Hoped For, But a Miracle Still Happened.

Single mother Beth Laitkep was battling breast cancer for the second time when her husband left her in the midst of treatments. With no father figure in the picture, Laitkep turned to her friend with a question that would change her life forever.

Laitkep and her friend Stephanie Culley had recently reconnected with one another after Laitkep moved back to her home state, Virginia, from Texas. "I felt this pull to reconnect with her," Culley told the Washington Post, "this pull that I could not stop."

They hung out together frequently, Culley told Today, and the two friends and their kids became close. As Laitkep battled cancer, she would occasionally ask Culley if she would care for her children if something happened to her, but Culley tried to shrug it off, saying she was going to be fine.

After a doctor told her that nothing could be done about the cancer, Laitkep turned to her friend one more time for help. "Will you take my babies? Will you do this for me?" Stephanie Culley recalled. "I told her yes, I would do it in a heartbeat."

After discussing it with her husband and children, she officially agreed.

When they announced this decision to the children, they all gathered in the hospital room. "We said, 'If you do not get a miracle for mommy, who do you want?' They all pointed to me," Culley told the Washington Post. "That melted my heart."

Even though Stephanie Culley already had three children of her own, she did not hesitate to adopt her best friend’s six...

Laitkep was admitted to the hospital in April 2016, and her children went to stay with the Culleys.

Laitkep battled breast cancer twice, the first starting in 2014. She passed away on May 19, 2016 at the age of 39. The entire family wore pink to her funeral, and as per Laitkep's request, all her girls wore matching hairbows.

The Culleys, Stephanie and her husband Donnie, kept their promise to Laitkep and took in her children as their own. On July 19, 2016, they received full custody of all six children, according to ABC News.

"I feel like our life is complete now," Culley told Little Things. "Those six kids were the six links we were missing from our lives."

But their growing family wasn't the only change in store for them. In December 2016, the Culleys appeared on the Rachael Ray show, where they were given $90,000 for their children's education and furniture from the Rachael Ray Home collection to fill their entire home.

"[Beth] chose me because we were very similar in our parenting styles," Culley told Rachael Ray, "and she knew that I loved her kids and that my kids loved her kids."

In addition to this money, the Culleys raised $79,059 on their GoFundMe page. "As for the future, we're going to take one day at a time," she said, "keeping her memory alive and making new ones together as a family." 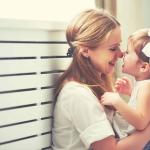 16 Key Habits That Make You a Happier…