Their Odds at Life Have Never Been Good, But These Two Just Keep Amazing the World.

Erika and Eva Sandoval were miracles from the start. When their mom, Aida, found out she was pregnant with the twins, she was thrilled.

The Sandovals already had three children, and the oldest was 25, but despite her older age, Aida wasn't finished being a mom. That's why she hardly thought anything of it when her doctor sent her to a specialist, Aida told the Sacramento Bee. She thought this must be normal for anyone who was middle-aged and pregnant with twins.

Then the news came: the twins were conjoined

Conjoined twins are rare: only 1 in every 200,000 live births, and of those, up to 60 percent end up stillborn, according to the University of Maryland Medical Center. If they are alive at birth, another 35 percent die after only one day.

But despite the odds, Aida was determined. She told her doctor, "I'm keeping the babies. There's a reason why I was given this opportunity and I'm going to go through this."

On August 10, 2014, little Eva and Erika were born. Together they only weighed 5.5 pounds. They were conjoined in three different places, but have their own hearts and brains and most of their own digestive systems. They also were born with seven limbs due to a third leg that grew.

"Everyone says, 'They're miracles.' I know they are," Aida told the Sacrament Bee. "Their lives are in my hands and I've got to do my best to raise them. It is hard work, but what baby's not?"

They spent their first several months of life in the hospital, but were finally allowed to come home after they were six months old. Since then, they have been cared for by their loving family members, nurses and physical therapists.

Over their two years of life, they've had over two-dozen bladder infections (since they share a bladder). It's been a painful, difficult journey for Eva, Erika and their family.

Eva is larger than Erika and would drag her around when they would play. Doctors warned the Sandovals that the size difference would become more of a problem as Erika and Eva continued to grow.

Posted by Arturo's Angels: Born as One Soon to Be Two on Saturday, April 2, 2016

Doctors recommended a separation surgery for Erika and Eva even though only a few hundred of these operations have ever been successful.

At two years old, the time for operation arrived

It was extremely risky. The twins were given a 30 percent chance of death, but Aida and Arturo knew their little girls could beat the odds, because they'd seen the miracles before.

Erika and Eva shared a bladder, a liver and a third leg. The surgery was meant to separate the twins, which is a complicated process in and of itself, but also called for the need to reconstruct the twins bodies so they could function individually.

During those agonizing 17 hours, over 40 family and friends were in the waiting room anticipating the news, and prayers were coming from thousands of Facebook followers.

The day has come for our little angels to become two. During the procedure the doctors ask for us not to post any...

Posted by Arturo's Angels: Born as One Soon to Be Two on Tuesday, December 6, 2016

"They look amazing. They're amazing," Aida told the Sacramento Bee. "They have their hair done, and they're resting. We're just going to take it one day at a time and let them catch up on their rest."

The miracles are not over for these two precious little girls. Erika and Eva will likely spend another two weeks in intensive care, but with continued prayers, the sisters will be able to grow up with two separate bodies that fit their individual personalities that are already so apparent to those who know them. 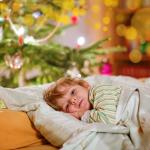