Alien Abduction: Who Took My Teen and How Do I Get Him Back?

"Who is This Alien Child and What's Happened to My Daughter?!?" You Say Staring at Your Teenager. When Life Forms From Another Planet Invade Your Home, Here Are Four Counter-Attacks You Can Use to Rescue Your Teen and Reintegrate Her to Life on Earth.

Things have been going along relatively smooth for a while when all of a sudden - BAM! You have no idea who you're talking to or what happened to your teenager. One minute she's attentive and cooperative, and the next she's acting as if aliens have overtaken every aspect of her being. The attitude needs adjusted - and QUICK! But what do you? How do you fight a battle with aliens when you're not even sure from which planet they invade? And even if you did, how does one fight aliens in the first place?

Whatever you do, don't give up on your alien... er, teenager. All behavior is a sign of a need that's not being met so keep talking until you get to the root of the issue. There's a good chance the root is a miscommunication between the two of you. It could be as simple as the difference between the words "needing boundaries" and "setting priorities." The concepts are the same, but the goal is to find the words and meanings that resonate with your teenager. If you're still struggling with how to express the point you're trying to make, try rephrasing it until you get to the "a-ha!"

Remember, your captured earthling is going through these life processes for the first time as a teen the same as you're initially going through them as a parent. Be vulnerable and let your abducted one know you, too, are trying to figure out the disconnect as well as explain it. Admit when you're frustrated with yourself and the situation, ask forgiveness and for patience and keep digging. The root of the issue is never so deep it can't be uncovered.

Again, never throw in the towel and fall into the "it's just what teens do... there's no use in trying to talk to her" trap. It's simply not true and is the most detrimental thing you can do to your current and future relationship with your teenager. Think back to when you were going through something and had no one to turn to but friends who were just as clueless as you. That's your kid now! She's confused, getting insane advice from other aliens and acting out because she's not sure whether she's coming or going. Guide her back to earth, love her through this temporary takeover and nurse her back to reality as gently as you can. Feel free to share a personal story, or two, of times when you were her age and what you learned from them. This will help her understand you "have her back" every step of the way.

Once the aliens realize they have no need for a level-headed teenager and the two of you have exposed the source of your miscommunication, together come up with a plan you can both work in order to keep things moving forward. For example, if your teenager has found he enjoyed the freedom he had on the spaceship over the "constraints" of school and sports, meet in the middle with steps agreeable to both of you to integrate him back into balancing his daily responsibilities with free time. If he's never been taught or practiced time management or organizational skills, how can he be held accountable for not doing it right or at all?

Depending on how long the aliens held your daughter captive, she may need some help unlearning the "alien speak" she picked up during her captivity. Be patient and continually speak your truth with love and respect as she regains her earth legs and remembers her native language. Keeping in mind, it's your role as her parent to foster her independence, integrity and other life skills. It's OK to bring up her alien experience from time to time as a reminder of what you both learned from her time away and how you teamed up to create a win-win solution for you both. If you did it once, you can do it again, right? Hopefully, though, if aliens do launch another attack on your family they'll be from the same planet and you'll already know how to defend their advances. If not, well, at least you now know how to rescue your alien... er, teenager and reintegrate him to life on earth, again. Best of luck to you. 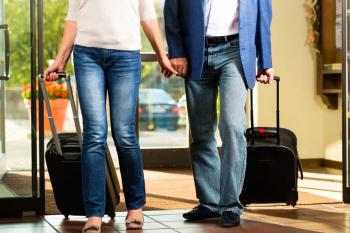 Light Up Your Marriage With an Overnighter